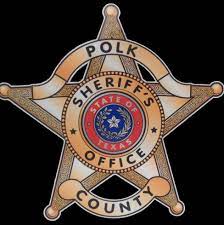 The Polk County Sheriff’s Office has opened an investigation into the death of a Katy man from seven years ago.

On March 3, 2015, Katy resident Kyle Thomas Rugg, 20, attended a party at a nearby Motel 6 with a friend. The following day, it is believed Rugg traveled to Polk County to fish with friends.  That was the last time of his known whereabouts.

Human remains were discovered Jan. 21, 2020, by law enforcement in a wooded area in Polk County. The remains were sent to the University of North Texas Center for Human Identification in Fort Worth, TX. They would be later identified through DNA as Rugg.

After meeting with Harris County Sheriff’s Office Cold Case detective, the PCSO has opened an investigation into the death of Rugg. At this time, the PCSO is assisted in the investigation by the Texas Rangers Cold Case Division Ranger Brandon Bess.

Polk County Sheriff Byron Lyons asks that anyone with information into the death of Rugg contact the criminal investigation division of his office at 936-327-6810, or Crime Stoppers at 936-327-STOP (7867), where you do not have to give your name. Any information leading to an arrest and prosecution of person or persons involved in the death of Rugg could receive a cash reward.