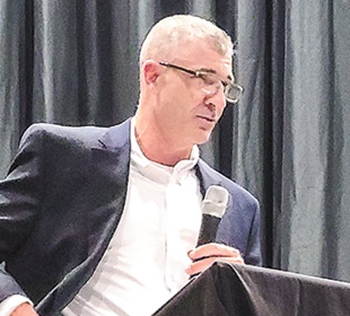 Polk County Criminal District Attorney William Lee Hon made the decision today to “decline acceptance” of the Polk Countian of the Year award he was presented last Thursday at the 86th annual awards banquet of the Livingston-Polk County Chamber of Commerce.

Presentation of the award came as a shock to many as the chamber has always had a strict policy of not presenting awards to political candidates during election years. Hon is presently a candidate for 258th District Judge.

Such an uproar ensued that a special called meeting of the chamber’s board of directors was held Monday–lasting five hours the Enterprise was told–in which the board accepted the resignation of Janet Wiggins, its president/CEO. Wiggins is Hon’s first cousin. It’s been intimated that Hon was selected over other nominees who Wiggins allegedly deemed ineligible.

“I had no prior knowledge of my consideration for the award, my nomination, or that my children would surprise me by being there for the presentation. As you might expect, it was a very emotional and uplifting evening. Subsequent to that evening, it was brought to my attention that due to my present candidacy for district judge and pursuant to some written or unwritten chamber rule or bylaw, I should not have been considered for the award,” Hon said in a press release emailed to the Enterprise Wednesday.

He added that he and his family have subsequently “been subjected to scurrilous public criticism by my political opponents to the point that any honor associated with the award has lost its luster.

“I have been informed by members of the chamber board that a nominations committee considered and approved my award–presumably well before January 27th and with ample time to be aware of my candidacy for district judge. Why the award was allowed to proceed I do not know,” Hon’s press release said.

“I did not seek it, nor expect it. My career has never been motivated by the pursuit of personal accolades but rather by a simple desire to give back to the community I grew up in and that I have called home for the vast majority of my life,” Hon’s press release stated.