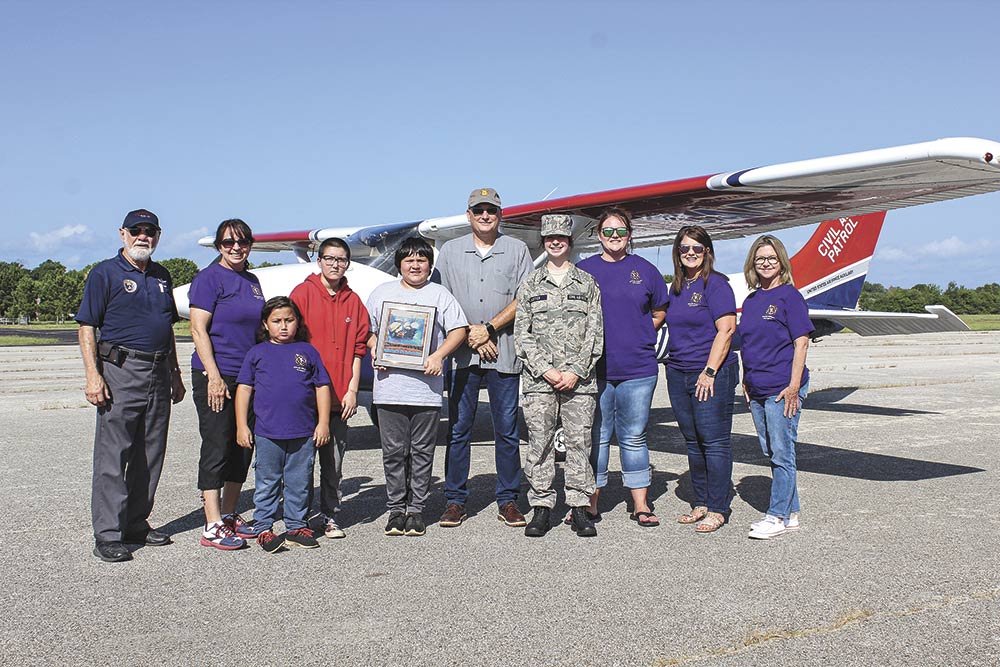 “I have been teaching Ayden for the past three years and our common ground is our love of aviation,” Justice said. “He describes planes I’ve never heard of. The conversation continues when he comes to P.E. class. I see him again when he leaves to get on his bus. He shares drawings and colorings of some of his favorite planes. In October, his grandparents took him to the Wings Over Houston airshow. He was on cloud nine for weeks following the event. We discussed the Snowbirds and F-22 Raptor for days. His favorite plane is the F-14 Tomcat. Last week, it was the P-51 Mustang.

“The students have flight logbooks to fill out for every class. The students are responsible for deciding on a destination (airport code) to fly to each week. I can usually count on Ayden to have a destination. He asks for extra information regarding specific lessons. He asks challenging questions. The students listen when he speaks. Ayden shines in aerospace class. When discussing the space shuttle, we formed small groups to assemble a 3-D space shuttle pattern made from cardstock. It was much harder than the students expected. After completing the task over two days, his group had the best shuttle. Ayden requested an extra set of prints for his own personal use. Granted. His science teacher thinks he will become an engineer someday and I agree.”

Ayden’s Campus Principal, Elisha Bell, called to let him know that he was receiving a special award and offered to pick him up along with his mother and siblings. None of Bell’s passengers knew they were headed to the local airport for the special award. The navigation system in her truck told them the surprise location when it announced, “Livingston Municipal Airport in two miles.” Ayden screamed after hearing the destination. They were thrilled to be greeted by Livingston ISD Board President Ben Ogletree, Coach Justice, Creekside Assistant Principal Deanna Willmann, Ayden’s science teacher Karen Butler and Lt. Col. Don Fisher with the Civil Air Patrol, who flew into the Livingston Municipal Airport to award Ayden the National ACE Student of the Year. Fisher also allowed Ayden to sit in the pilot’s seat, reviewing flight procedures and maps.