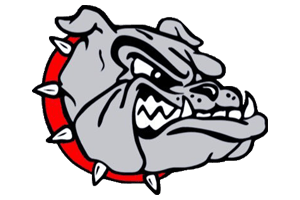 CUSHING – A loss to the Cushing Bearkats on Friday night took the Colmesneil Bulldogs out of contention for the 2A Division II playoffs this season.

The Bulldogs battled out the final game of the regular season on the Bearkats’ home turf, J.F. Whitaker Stadium, and came up on the wrong end of a 40-14 final score. History did not exactly repeat itself, but the ‘Dogs did face the Bearkats in their last game of the season in 2020.

Cushing’s win secured them a spot in the fourth-seed of the playoffs. They will face the Evadale Rebels for the bi-district title. The Bulldogs end their season with some of their best numbers in years, with 6-4 overall and 2-4 in district.

The first half of the game was marked by a strong drive from the Cushing offense, which found the team scoring a couple of touchdowns to put them at 14-0 before halftime. The ‘Dogs were able to retaliate with two TDs of their own and tied the game 14-14 at the half.

The second half showcased Cushing’s offensive drive, as they were able to take a 20-14 lead with two minutes remaining in the third quarter after a turnover.

With under a minute left in the third, Cushing scored again on a rushing TD, and went into the fourth 26-14.

Another turnover on the ‘Dogs’ ball resulted in another Bearkats score early in the fourth quarter, putting them further in the lead, 34-14.

With three minutes to go, an interception on a Bulldog pass further sealed the deal for Cushing, with another Bearkat rushing TD, and ending the game with a 40-14 final score.

The end of football season means the start of basketball in Bulldog Country. The JV Lady Dogs had a game scheduled for Friday against the Lady Bulldogs of Crockett, but that was cancelled due to Crockett not having a JV team, according to Lady Dogs’ head coach Caleb Hardy.

The varsity boys will begin their season on Friday, Nov. 19 against Burkeville, on the road.