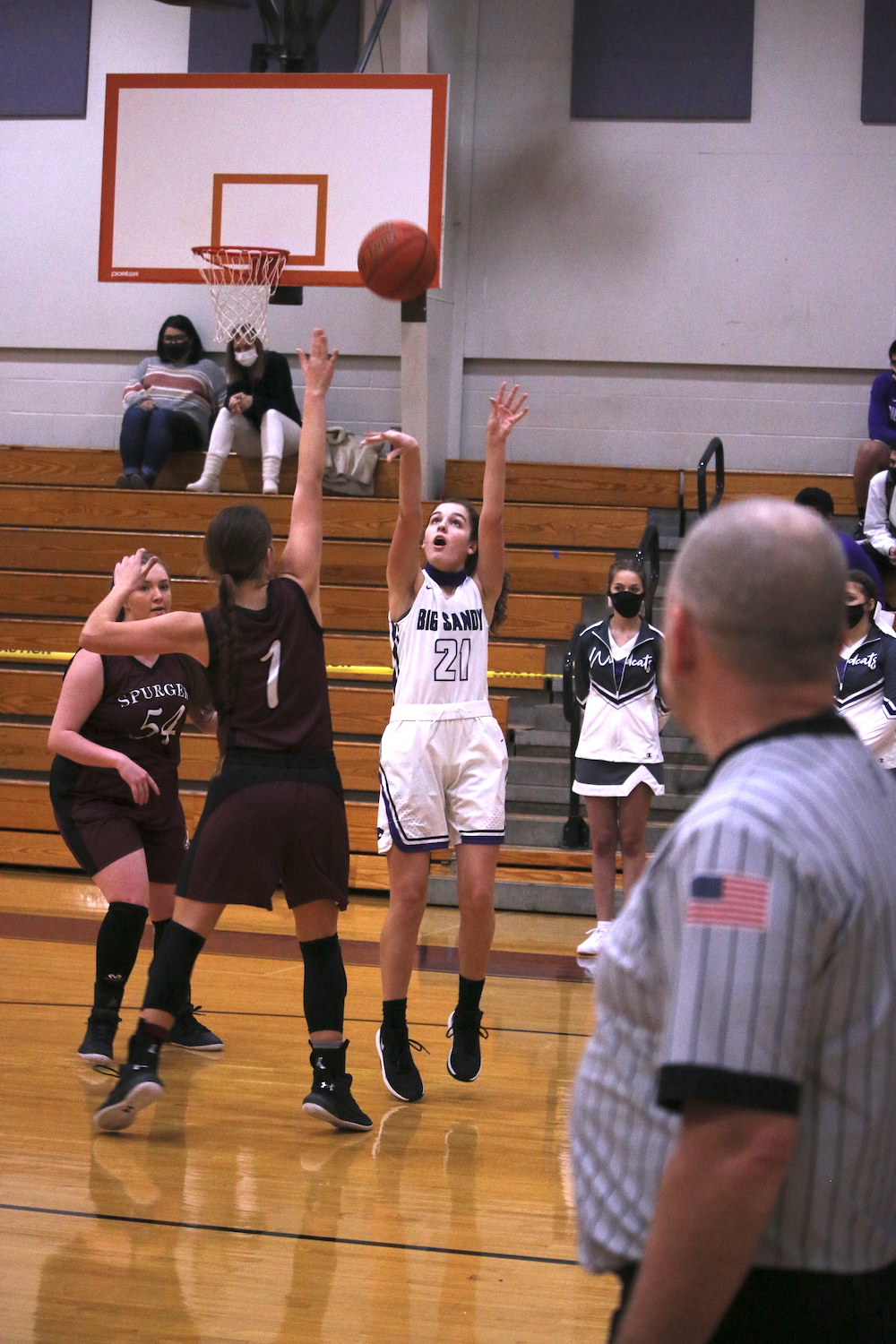 BRIAN BESCH | PCE Corynn Kaleh had six points in the first quarter and eight for the game.

The home team overpowered the Lady Pirates 42-3 in the first half and never allowed more than six points (fourth) in any quarter.

“We have battled a little bit of injury since the Christmas break, but overall, I have been pleased with the way we have been playing,” Big Sandy coach Ryan Alec said of his group. “We've beaten some quality teams over the break and we also lost to a quality team in Central Pollok at their place. They were a good, solid team. We got a chance to see what a really great team looks like.”

The Lady Cats are undefeated going into an important two-game stint of district contests. Both could prove to be pivotal in determining District 24-2A seeding for the postseason.

“In my opinion, it is going to come down to us, West Sabine and Broaddus,” Alec said of the title race. “I think all of us will battle it out for the top spot. With West Sabine, we are going to have to match their intensity and we will have to play well. We play at their place on Friday and that is always a tough place to play.

The challenges are something the coach believes his team is prepared to face.

“We're ready and I think the kids are excited for Friday night. They know how big of a game Friday night is going to be in West Sabine.”