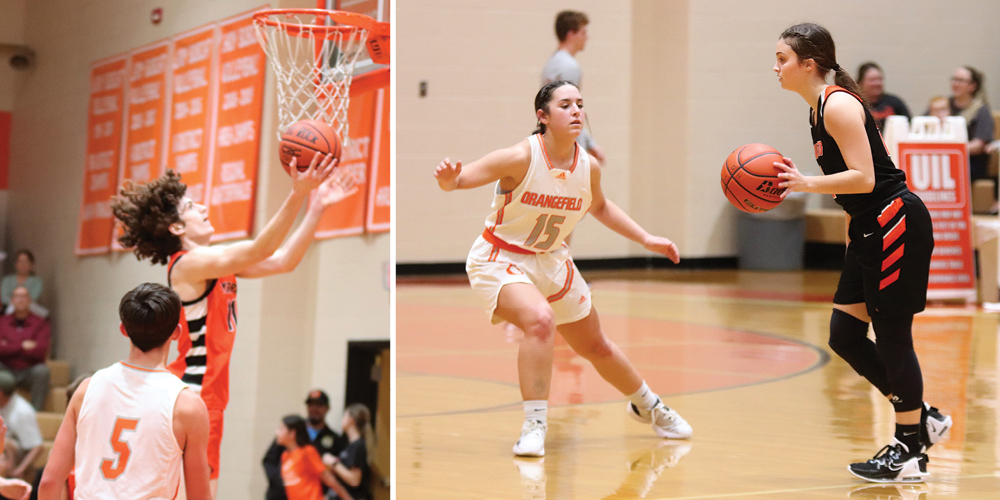 Warrior Lewis Petty gets past the Orangefield defense to lay the ball in the basket.Warren senior Aly Gray prepares to drive toward the basket against the Lady Bobcats.  Photos courtesy of Warren ISD yearbook staff

The Warriors and Lady Warriors took on Orangefield last Friday night, and the girls pulled off a narrow upset, with a 28-26 victory against the Lady Bobcats.

The Lady Warriors enjoyed their only lead of the night with 30 seconds left on a breakaway layup by Abby Carrell, and the girls remain hopeful for a playoff spot. Friday night’s win brings the Lady Warriors to a 2-2 district record.

Leading scores were Allie Tillerson and Sadie Fontenot, and the team forced 15 turnovers and secured 27 rebounds in their best defensive effort of the season.

The Warriors, unfortunately, despite a good fight, came away with a loss against the Bobcats. The Bobcats held the visiting Warriors to 48 points, with the Bobcats taking the 76-48 victory.

The Warriors are a young team growing and developing with each game, and are currently winless in district, but hope to improve that standing.

The Warriors and Lady Warriors were scheduled to play Buna, with the Cougars playing on the Warriors’ home court. Results unavailable at press time for those games.

The Warriors and Lady Warriors will travel to Hardin to take on the Hornets and Lady Hornets this Friday, with tip-off at 6 p.m. for the girls and 7 p.m. for theboys.