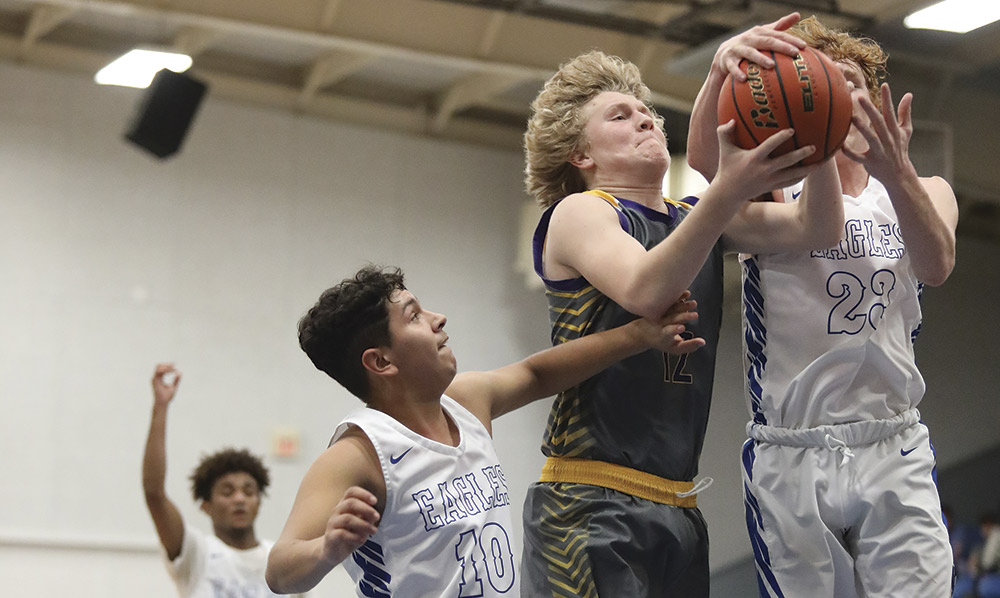 The Jackets went two for two in district play this week, defeating both Goodrich and Zavalla. The Jackets defeated the Goodrich Hornets in Chester on Tuesday, Jan. 3 by a score of 35-31. Rich Carlton led with 18 points.

The Jackets will be on the road on Friday, Jan. 13 to take on the Burkeville Mustangs. The game will be played after the conclusion of the girls’ games, around 7:15 p.m.

The Yellowjackets need everyone to come pack the stands on Tuesday, Jan. 17 as they host the Spurger Pirates. The Jackets lost to the Pirates at the end of December in a non-district tournament game.

Tip off between the Jackets and Pirates will be around 7:15 p.m.

The Lady Jackets played two district games this past week, winning against Goodrich and losing a nail biter to Zavalla.

The Lady Jackets defeated Goodrich 45-41. Kyli Handley was the top scorer with 15 points. Others scoring for the Jackets were Lily Read with 14 points, Abby Grimes with nine points, Lauren Citrano with five points, and Saydi Handley with two points.