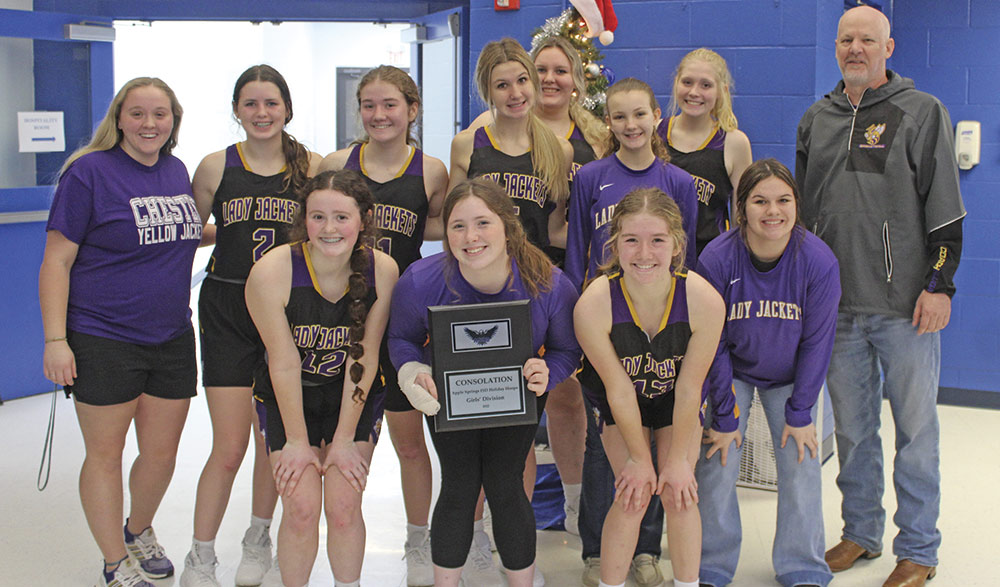 The Yellowjackets played against Richards in their first game of the Apple Springs Tournament on Thursday, Dec. 1. The Jackets lost to Richards 28-56. Scoring for the Jackets were Rayburn with eight points, Bittick with six points, and Davison with five points. Cutter Lowe, PJ. Purvis, Green and Carlton each scored two points, and Hilliard added a free throw. Later that same day, the Jackets took on Apple Springs JV, and won 62-34. Rayburn scored 19 points, Davison added 11 points, Bittick had seven points, and both Lowe and Hilliard scored six points. Also scoring for the Jackets were Jaxon Gay with five points, Purvis with four points, Carlton with three points, and Jakori Davis with one point. The boys advanced to the Consolidation Championship on Saturday and faced the Centerville Bulldogs.

The game was close all throughout, but the Jackets came up short after one overtime by a score of 36-38.

Both teams were in foul trouble near the end, and the Jackets just couldn’t hit their free throws.

Scoring for the Jackets were Rayburn with 13 points, Carlton with 10 points, Davison with six points, and Lowe, Green, and Bittick with two points apiece.

The Jackets will play in the Colmesneil Tournament on Thursday, Dec. 8 through Saturday, Dec. 10. The boys face Goodrich in their first pool game of the tourney on Thursday at 1:00 p.m. The boys will be back for pool play in Colmesneil on Friday with a game at 3:00 p.m against Hull Daisetta and a game at 7 p.m. against Colmesneil. Saturdays bracket will be determined after completion of the pool games. The Chester Yellowjacket Buzz Link will post Saturday game times. The Jackets will travel to Sabine Pass on Tuesday, Dec. 13 for a 6 p.m. game against the Sharks.