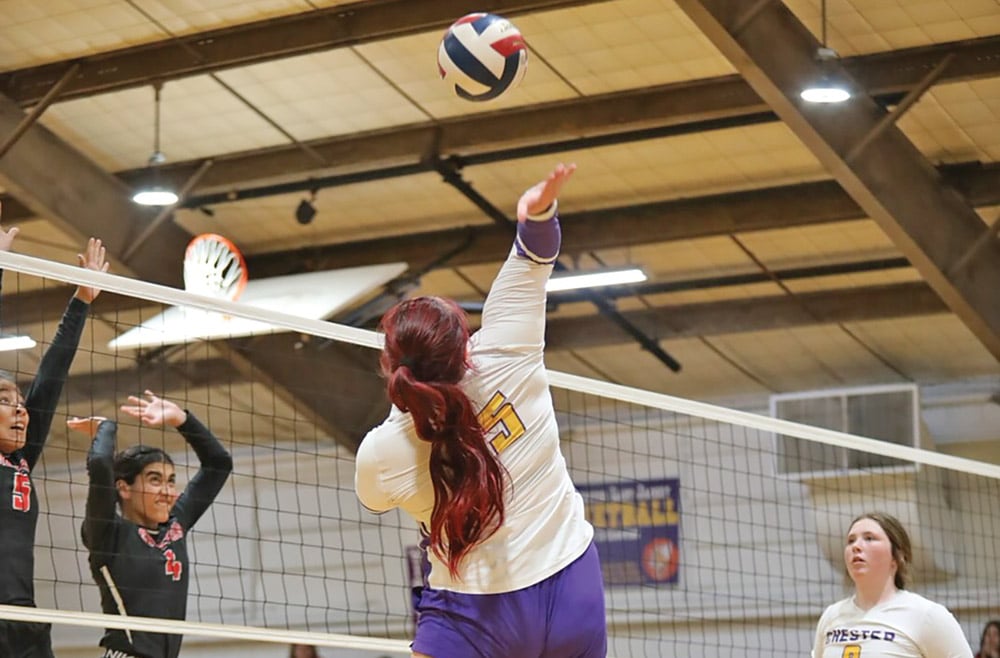 The Lady Jackets defeated the Colmesneil Lady Dogs last Tuesday, August 16, and this win was impressive due to the fact that four players were out with injuries.

Coach Patrick Sluga had nothing but positive things to say about his team. Lauren Citrano led the team in serves. Josie Pecina, who was pulled up from the JV team to help out, also served well this past week. Emma Byrd led the team in assists and Kaylee Tolar led in kills.

The varsity team is now 9-6, and Sluga says with some injured players returning this week, he fully intends for this record to improve.

The Lady Jackets will play in the Warren volleyball tournament on Thursday, August 25 and Saturday, August 27. Pool game times on Thursday will be 8 a.m., 10 a.m. and 11 a.m.

Bracket play on Saturday will be determined by Thursday’s results. Chester will host Lead Academy on Friday, August 26.

The varsity game will be at 6 p.m. The team will travel to Huntington on Tuesday, August 30 and will take on the Lady Red Devils after the conclusion of the JV game, which starts at 5 p.m.

The Chester JV volleyball team played their first game in a few weeks when they traveled to Colmesneil last Tuesday, August 16. The Lady Jackets lost the game but played well and Coach Courtney Tonnies saw a lot of positives from her team. The JV competed in the Silsbee Tournament on Thursday, August 18 and Saturday, August 20. The girls got a lot of time on the court and gained some experience during the two-day tournament.

Additionally, Faith Jerkins was named to the All-Tournament team. The JV girls played at home on Friday, August 19 against the Groveton Indians. Even though the JV lost, they never quit.
The JV will face Huntington on Tuesday, August 30 at 5 p.m. in Huntington.

The Chester Yellowjackets traveled to Bryan for their last scrimmage of the season. The Jackets only got a handful of plays in before the weather forced a cancellation. Coach Justin Hilliard saw some good things in the 30-minute scrimmage.
Hilliard said the boys showed great potential with multiple big plays.

The Jackets will travel to Galveston on Friday, August 26 for the first game of the season against the O’Connell Buccaneers. The game will be played at Weis Collegiate Academy Field. The address to the stadium is 7100 Stewart Rd. Galveston, TX 77551.