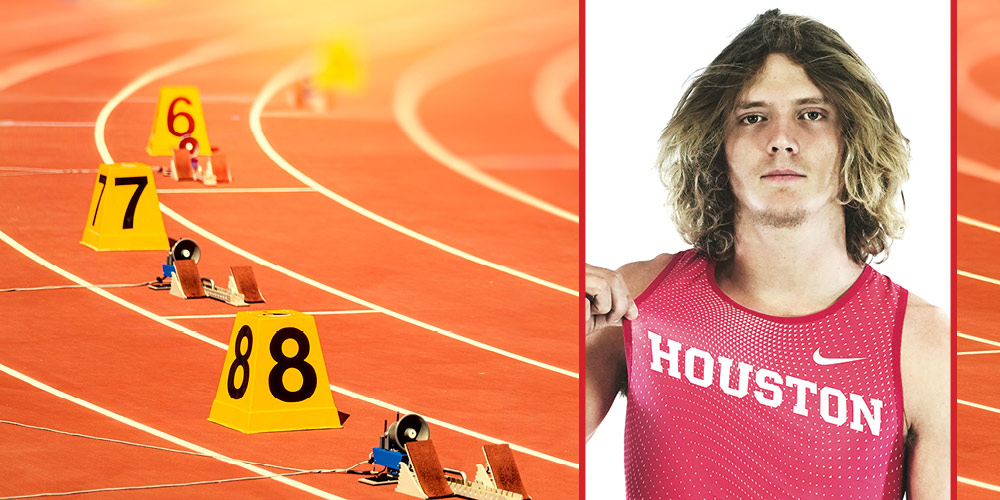 HOUSTON – Last week, it was announced that Woodville class of 2022 graduate and track and field standout Linus Mannino was one of 11 athletes signed to the University of Houston track and field program.

Mannino, who will join the Cougars for the team’s 2022-23 season, was not only a standout as an Eagle, but posted national records as a high jumper.

Mannino’s personal best came during his senior year, when he notched a 6’10” jump at the UIL Regional meet, before taking the gold medal in high jump at the UIL State Track Meet with a 6’9” jump.

U of H track and field interim head coach Will Blackburn said after the signings were announced that “this recruiting class is exactly what we were targeting.”

“We have highly ranked national and state high school recruits as well as very talented transfers that will make an immediate impact in this program both at a conference and national level,” he added.

During his WHS career, Mannino also set a new school record, with a jump of 7 foot at a meet at Newton high School. Along with fellow track and field star and class of 2022 grad Kesean Paire, Mannino brought home several gold medals during his high school career.