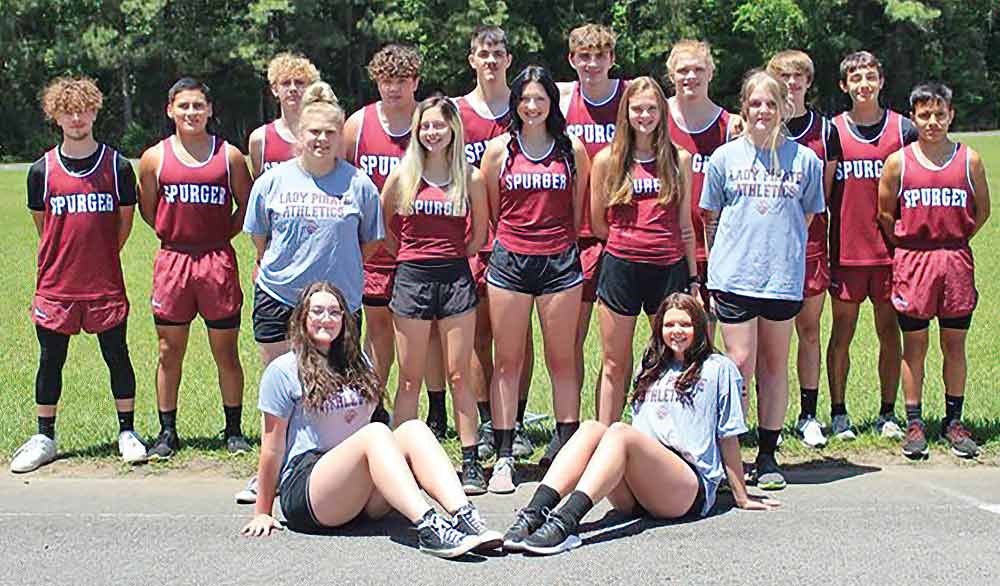 The Spurger Lady Pirates are now first in district in tennis and the Pirates second place.

The meet was also a chance to shine for some newcomers to the Pirates’ tennis program. Mason McGallion and Alexis Drake brought home the silver for mixed doubles, and Ella Hatton earned the silver in the girls’ singles.

During spring break, the Pirate and Lady Pirate tennis teams competed in the regional tournament in College Station.

Leasman; Grissom; Hatton; McGallion and Drake all fought hard but came up short in the first round.

However, Gray; Jenkins; Deckert and Tucker all made it to the quarter finals.

In Pirate and Lady Pirate track and field news, Spurger’s track teams competed in Zavalla for the 2022 District Meet.

Over the spring break, the Spurger high school track team competed at Area in Shelbyville.  Four of the students advanced to regionals by placing in the top four. 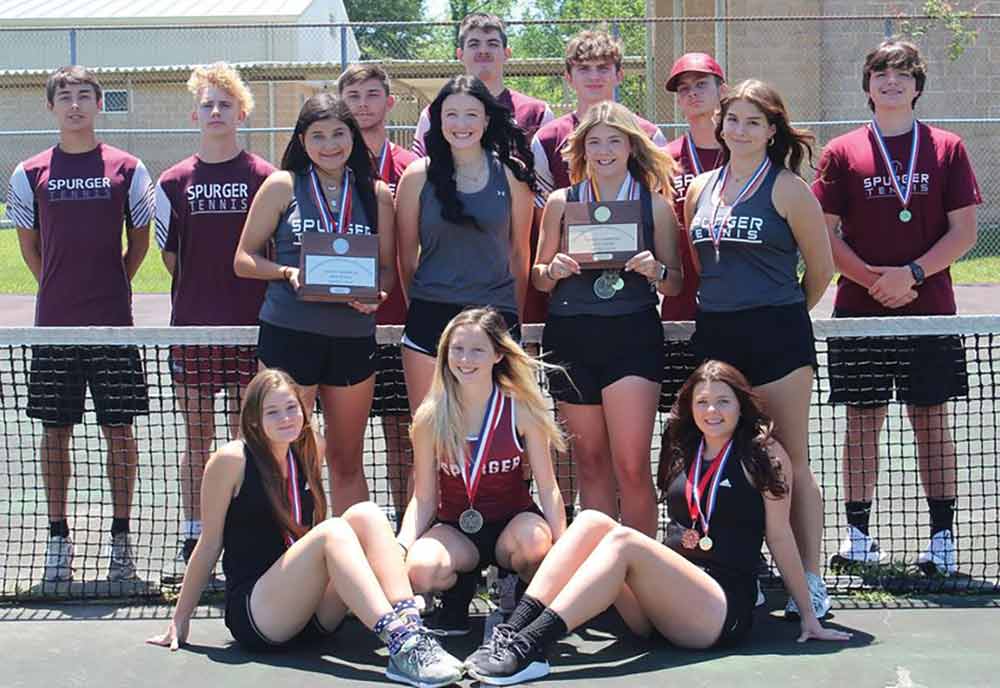 Spurger’s tennis teams show off some of their hardware earned from the district meet. PHOTO COURTESY OF SPURGER ISD