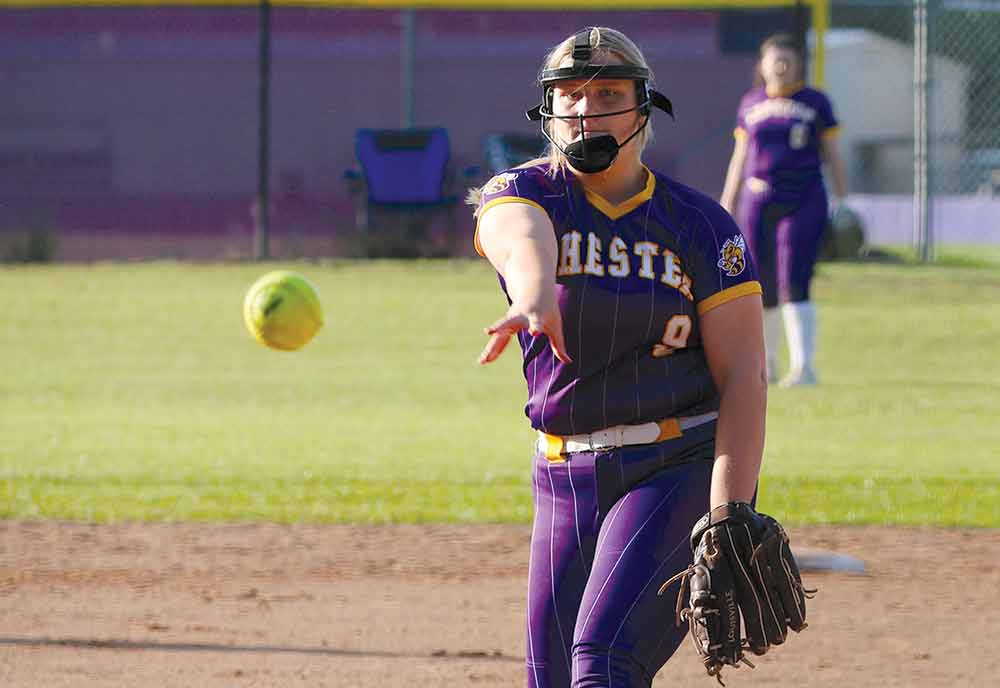 The Lady Jackets are holding in third place as they have two games left in the regular season.  The Lady Jackets were scheduled to play Burkeville on Tuesday, Jan. 25, but got a win due to a forfeit by the Lady Mustangs.  Chester traveled to Goodrich on Friday, Jan. 28 and overpowered the Lady Hornets 39-27. Sydney Brock led with 17 points.  Kyli Handley scored 10 points. Lily Read scored seven points, Kat Knox and Emma Grimes each scored two points, and Abby Grimes scored one point.

The Lady Jackets will play their last home game of the season on Friday, Feb.4.

They will be hosting the Leggett Lady Pirates at 6 p.m.  This should be a good game, as their last meeting with Leggett was an extremely close game.  This game will also be designated as ‘Senior Night’, in which to recognize seniors on the team.  Emma Grimes and Trinity Jerkins will be recognized for their efforts on the court during their time at Chester.  The final regular season game for the Lady Jackets will be on Tuesday, Feb. 8.  The team will travel to Chireno for a 6 p.m. tip off.

The Yellowjacket basketball team split their games this past week, losing to Burkeville by 10 points and defeating Goodrich easily.

The Jackets traveled to Goodrich on Friday, January 28 for a game against the Hornets.  The Jackets made easy work of the Hornets, defeating them 47-32.  Rick Carlton had an impressive start, scoring 12 points in the first quarter alone.

The Yellowjackets will play at home on Friday, Feb. 4, as they host the Leggett Pirates. This will be ‘Senior Night’ for the Jackets, honoring and recognizing Luke Read, Carson Thomson, and Kaighnen Green for their hard work and contributions to the team. They game will tip off around 7:15 p.m.

The Jackets will take on the Chireno Owls in Chireno on Tuesday, Feb. 8 around 7:15 p.m.

The Chester Lady Jackets hosted the Kountze Lady Lions in a scrimmage on Saturday, Jan. 29.  The Lady Jackets got some good practice against a strong Kountze team.

Coach Marty Thompson was pleased with their offensive efforts and got to see some things that he needs to work on with his team.

The Lady Jackets will have a week of practice before their first game, which will be on Thursday, February 10 in Crockett.

The Wild Game Supper will be on Saturday, Feb. 5 at 6 p.m in the Chester ISD Cafeteria.  This annual event helps to support athletics at Chester.

Along with all the home cooked food, there will be a silent auction.

Also, the Alex Johnson Memorial group will hold a Volleyball and Cornhole tournament earlier on the same day.  Teams will need to sign up early.

Contact Becki Byrd at 936-465-6572 for more information.  Spread the word and join us to help support our kids.