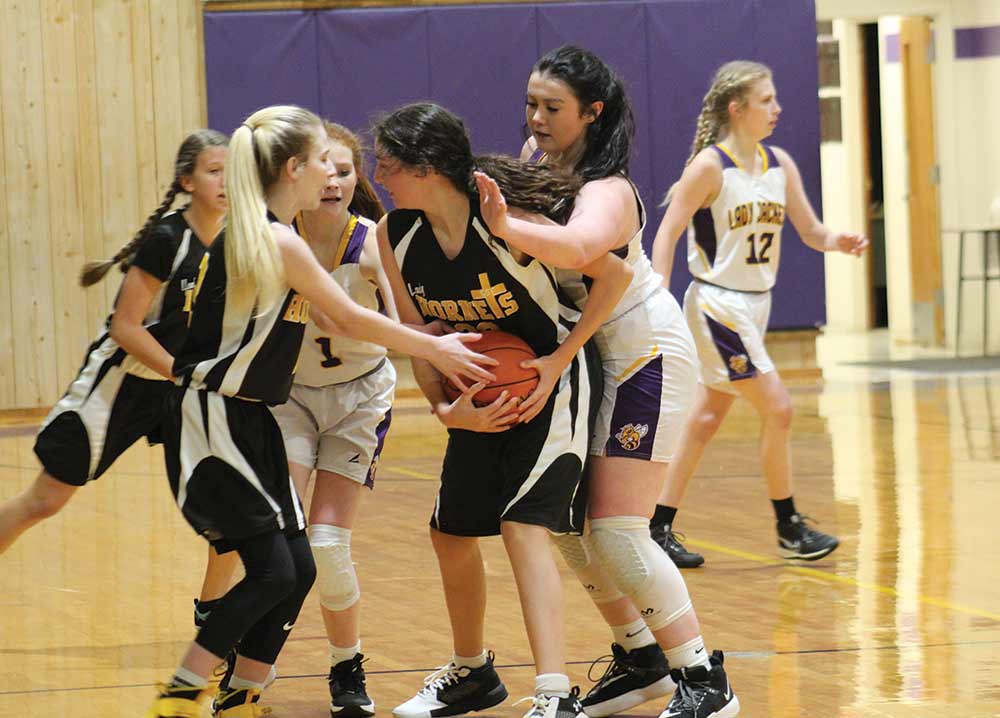 The Lady Jackets moved to 4-2 in district with a victory over the Leggett Lady Pirates and a tough loss to the Chireno Lady Owls last week.

The Lady Jackets defeated Leggett on Tuesday, Jan. 11 by a score of 38-35, even with three starters out due to illness.  Freshman Abby Grimes led the team in scoring with 13 points. Saydi Handley was close behind with 11 points.  Kyli Handley scored six points, and Trinity Jerkins and Kat Knox each scored four points. The Lady Jackets lost to the Chireno Lady Owls in front of a home crowd on Friday, Jan. 14 by a score of 13-67.  Emma Grimes led with four points, Abby Grimes scored three points, and Kat Knox, Saydi Handley, and Kyli Handley each scored two points.

The Lady Jackets will travel to Zavalla for a 6 p.m. game against the Lady Eagles on Friday, Jan. 21.

The team will be at home on Tuesday, Jan. 25 as they host the Burkeville Lady Mustangs. Game time is 6 p.m.

The Yellowjackets had a tough week of basketball as they took on both the Leggett Pirates and the Chireno Owls.  The Jackets were defeated by the Pirates on Tuesday, Jan. 11.