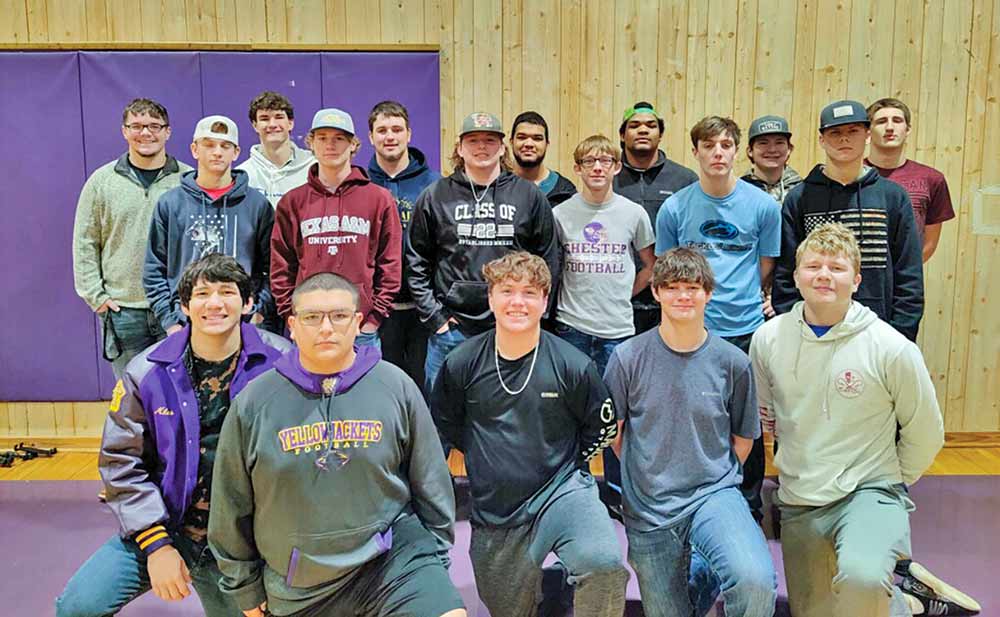 Football season has been over for several weeks, and all-district selections have been announced.  The Jackets received one superlative as Rick Carlton was named Newcomer of the Year.

The Lady Jackets have a week of district play under their belt and are now 2-1 in District 28.  The loss came against Zavalla last Tuesday, Dec. 14, as the Lady Jackets lost at home in a close game.  The girls defeated Burkeville on the road on Friday, Dec. 17.

The Lady Jackets will have a long break, as they will be off until Tuesday, Jan. 4, as they host the Goodrich Lady Hornets in a 6 p.m. game. The Yellowjackets dropped their first district game to the Burkeville Mustangs on Friday, Dec. 17.

The Yellowjackets will have some time off for Christmas before returning to the gym on Thursday, Dec. 30 to face Baytown Christian at home. Tip off will be at 7:30 p.m.

The Chester Junior High Basketball teams hosted Spurger in three games on Monday, Dec. 13.  The seventh-grade boys lost their game to the Pirates.  However, both the junior high girls and eighth grade boys defeated the Pirates. The junior high will play next on Thursday, January 6 as they face Apple Springs at home starting at 5 p.m.