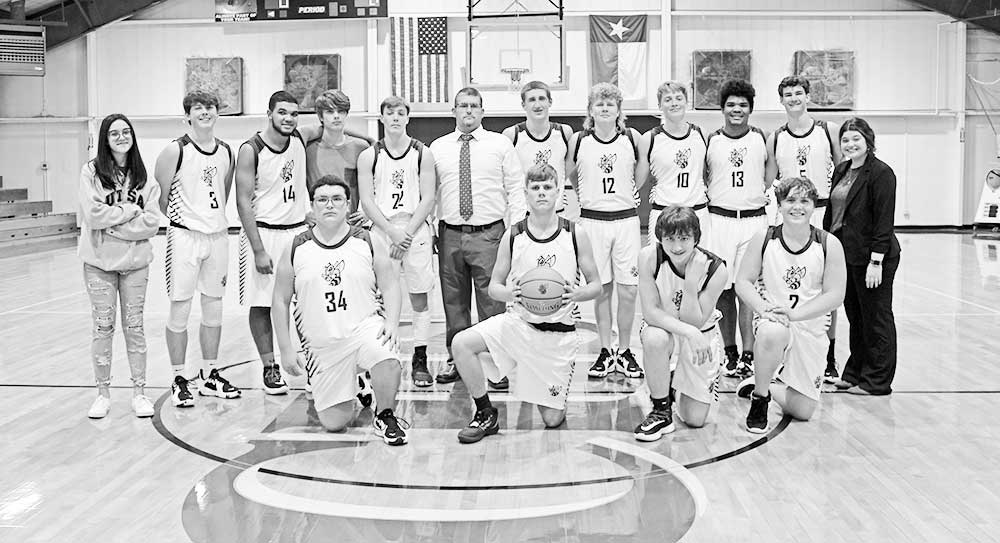 The Yellowjacket basketball team got the season off to a good start with a couple of wins last week.  The Jackets defeated the Apple Springs Eagles on Tuesday, Nov. 16 by a score of 45-17. Coach Hilliard is encouraged after this first week of play.  He has high expectations for the team.  High scorer for the night was Jack Rayburn with 20 points.  Carson Thomson scored nine points.  Keighen Green scored six points, Rick Carlton score four points, Jeff Knox scored three points, Cutter Lowe scored two points, and Kaighnen Green added a free throw.  The Jackets took on the Fred Good Samaritan Home School team on Friday, Nov. 19.

The Jackets next game will be in Spurger on Tuesday, Nov. 30.  The game will start at approximately 6:30 p.m., or after the conclusion of the girls game.

The Lady Jackets won their first game of the season last week as they defeated the Apple Springs Lady Eagles 28-16 on Tuesday, November 16.  Coach Hilliard was pleased with the win, especially since the girls only had a few hours of practice.  Sydney Brock led the team with 9 points.  Emma Grimes, Kat Knox, and Lily Read all scored 5 points each, and Kyli Handley scored four points.

The Lady Jackets will travel to Spurger to face off against the Lady Pirates on Tuesday, Nov. 30.  Tip off will be at 5 p.m.

The junior high teams traveled down the road to Colmesneil on Monday, Nov. 15 to play a boys and girls game against the Bulldogs. Both boys and girls got big wins for their first game of the season.

The junior high teams will be on the road on Nov. 29, as they head to Burkeville to play against the Mustangs.  Game time for junior high girls will be 5 p.m., with the boys game to follow.