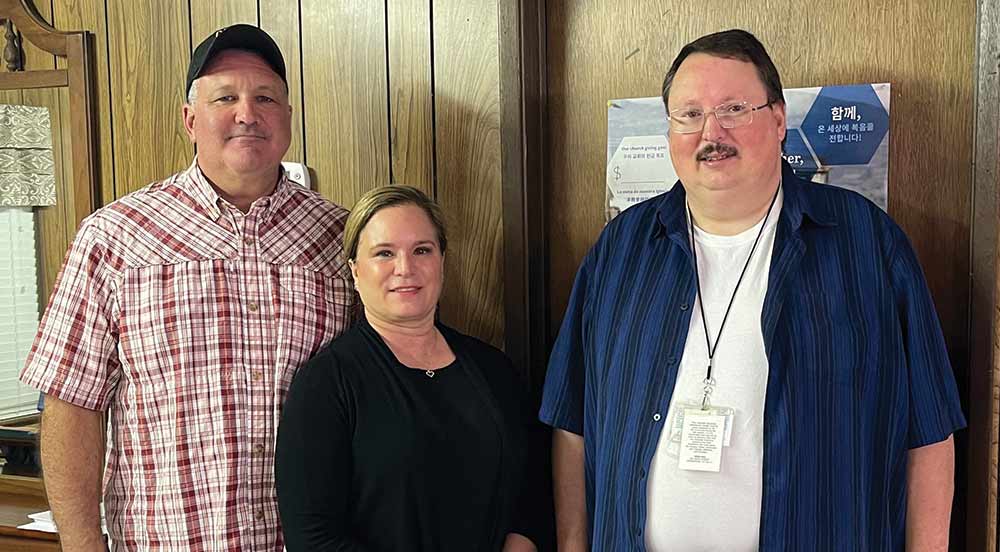 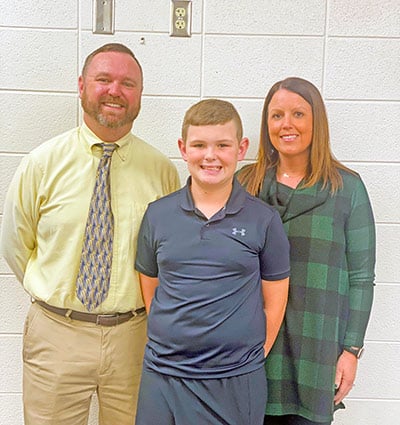 CHESTER – Dr. Paul Drake signing his contract as Chester ISD Superintendent was one of the key moments of Monday night’s board meeting.

The meeting was attended by several folks from the faculty and the community, along with Drake’s wife Briana and son, Paxton.

Chester ISD Board of Trustees President Ray McKnight handled Drake’s signing right after the prayer and pledges and approval of the consent agenda.

Drake’s contract begins Jan. 3, 2022 and runs for three school years. Another highlight was to accept the recommendation from interim superintendent Katie Loughner to open up the campus next semester as COVID cases have declined from 11 the first six weeks to one the current six weeks; board accepted this with stipulation that if cases reach five at any time the campus will close down again.

A bid from 4A Septic Construction Company was accepted (1 of 3) for upgrades to the baseball field fencing and dugouts. Another new action was agreeing to pay workers who sell tickets at home games, $15 per game.

Loughner gave an overview of the Special Education co-ops MOU and the districts and campus’s improvement goals both approved by the board.  She did report that current enrollment is 216 and mentioned that 33 football players will get to go to the state’s 1A six-man football championship games this week. One other highlight:  Monday Dec. 12th was the first day 100% of the staff was on campus for this school year.

The next board meeting was set for Jan. 17, folllwing a short executive session. 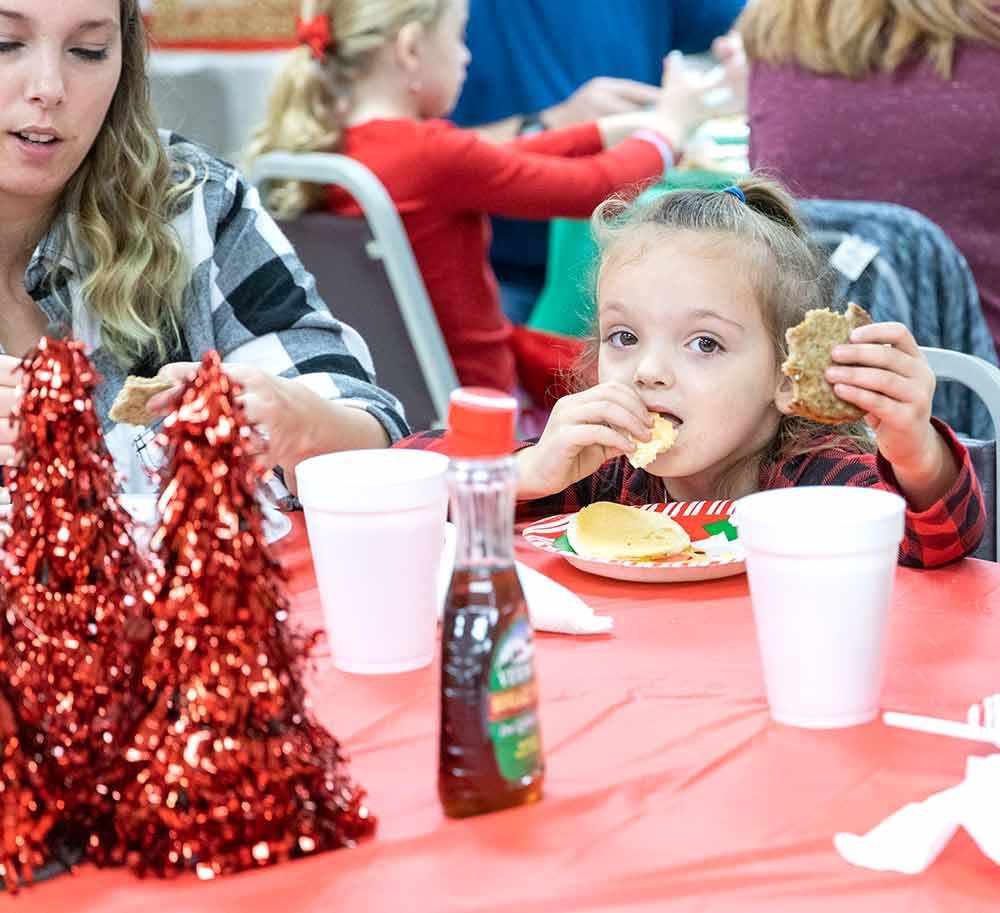 Saturday morning’s Breakfast with Santa event, an annual Tyler County Christmastime tradition hosted by the Woodville Rotary Club, was a tasty and fun event for youngsters and adults, alike. It was one of several Christmas events that took place last week. (JIM POWERS | TCB) 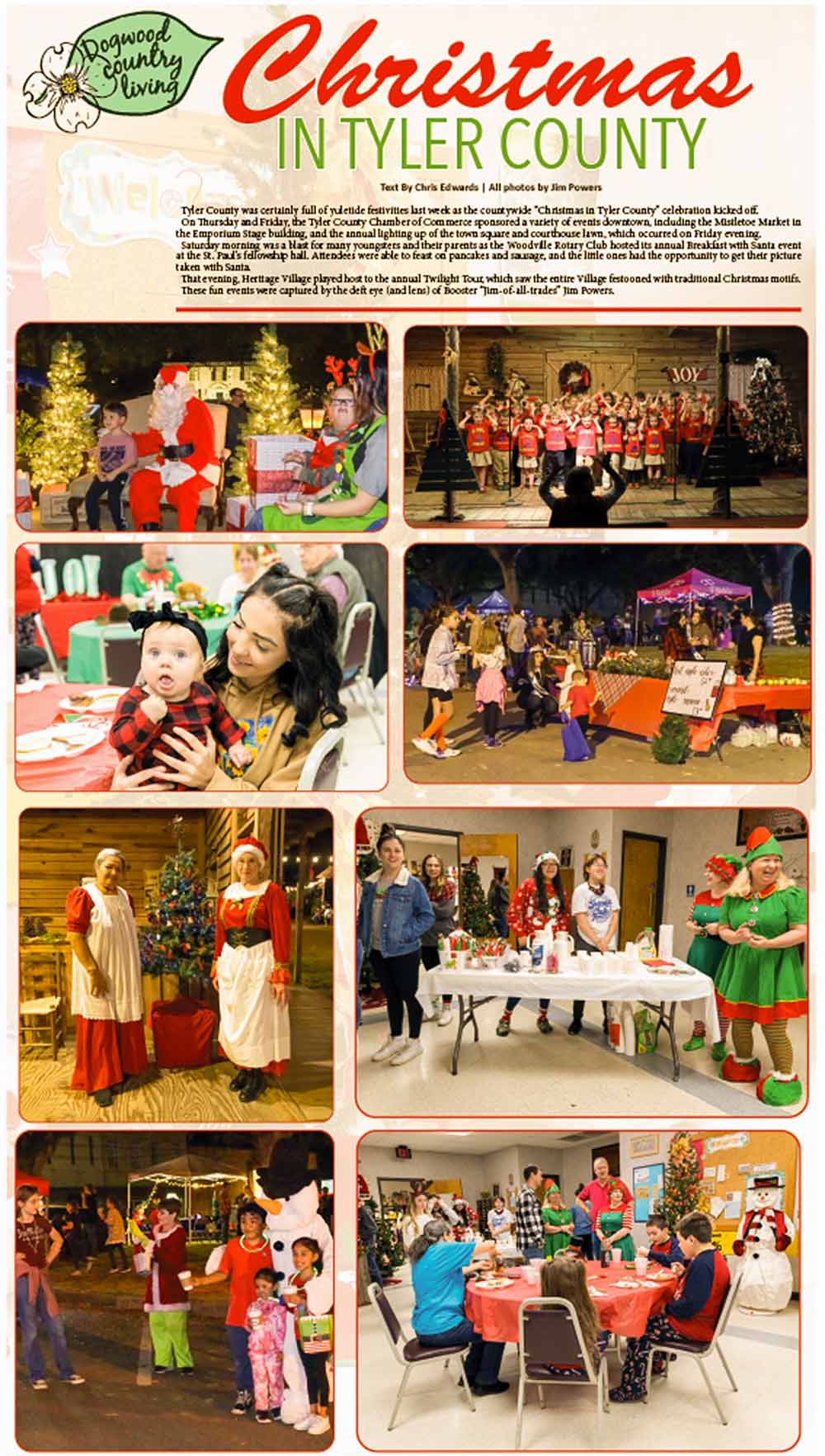 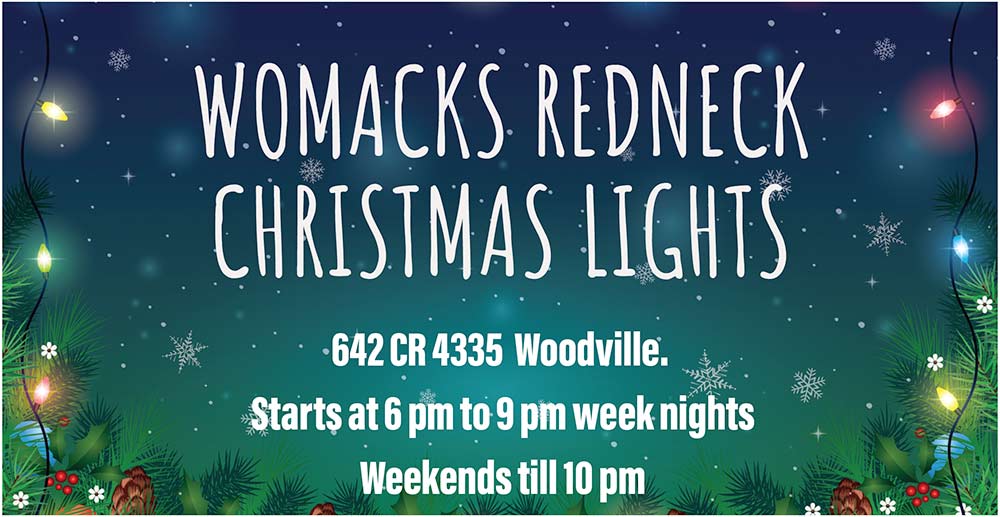 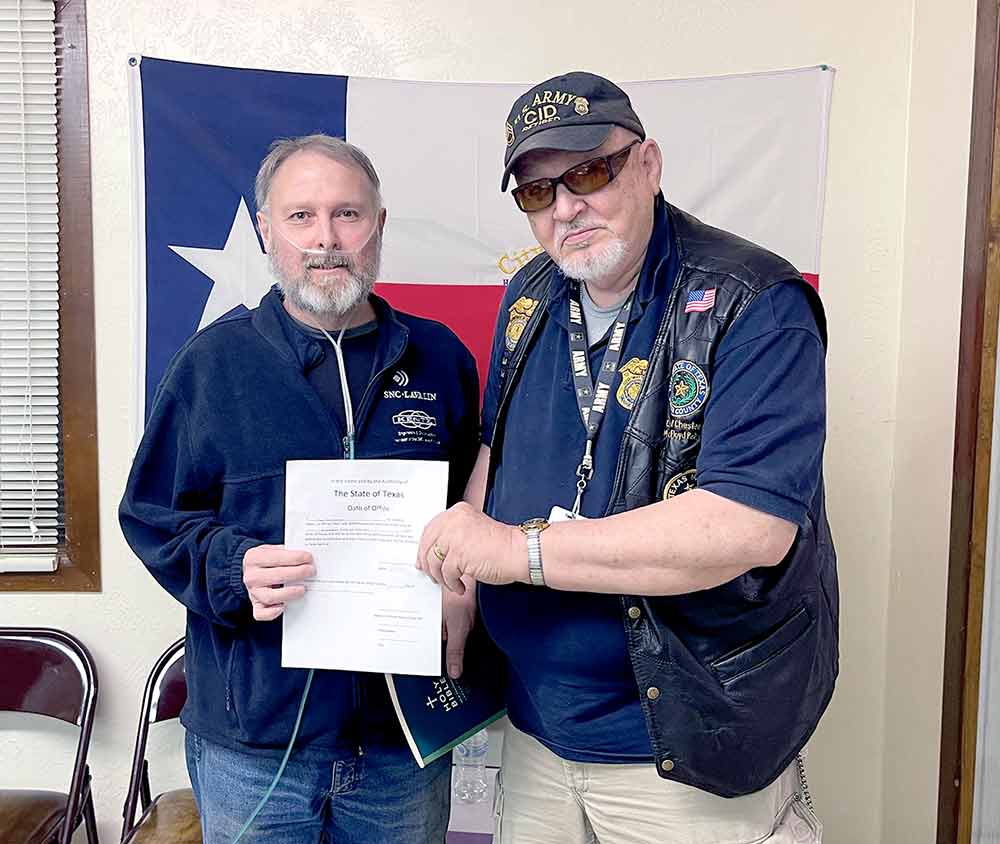 Unusual circumstances and a bout with Covid kept Whitworth from being sworn in earlier after the election, and Petri then appointed to fill his own spot.

Petri was thrilled to inform the council that as of 4 p.m. that very day, their specialists who had helped the city write the grant informed him that Chester had receive both the $350K general grant and the $70K infrastructure grant. That was such great news, and they will be working out soon what they will be able to do with those grants.

WOODVILLE – Rep Trent Ashby (R-Lufkin) is inviting the public to come out and meet him next Monday, Dec. 13 at Magnolia Bar and Grill in Woodville.

At the meet and greet for Ashby, which is scheduled from 4 p.m. to 6 p.m., constituents have the opportunity to meet their new representative in the state House of Representatives. Ashby represents House District 9, which encompasses Tyler, Polk, Trinity, Houston, Angelina and San Augustine counties.

Tyler County was formerly a part of HD-19, which was represented by James White (R-Hillister), who is running for state agriculture commissioner in 2022.

The recently drawn House and Senate districts have been signed into law by Governor Greg Abbott. The redistricting process happens every 10 years after new census data is released. The new districts will be used for the first time in next year’s primary and general elections, barring any court interventions.

A Lufkin area resident, Ashby has served in the lower chamber of the state legislature for five terms, which began in 2013. He currently serves as a member of the House Committees on Appropriations and Transportation.

Ashby was recently named as one of the 10 best legislators in the state by Texas Monthly magazine, an honor which he shares with his predecessor, White, who was named to the list following the 86th legislature in 2019.

During the last legislative session, Ashby co-authored the broadband bill with Sen. Robert Nichols, which was prioritized as an emergency item and passed with near unanimous support in both the House and Senate.

In the Texas Monthly profile of Ashby, it noted that his drive to work on issues such as rural broadband instead of “fighting about wedge issues such as transgender kids and abortion” set him apart from many GOP legislators.

The event at Magnolia is free to attend.