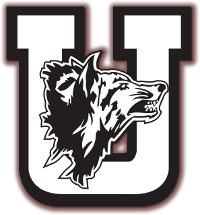 TYLER COUNTY – School districts across the state showed solidarity with Uvalde CISD on Tuesday with an urging for faculty, staff and students to sport the district’s school colors.

Uvalde Consolidated Independent School District’s students returned to the classroom on Tuesday, Sept. 6, and it was the first time the students had been back to school since the events of May 24, when a mass shooting at Robb Elementary claimed the lives of 21 people.

Many school districts across the state spread word through social media channels asking their faculty, staff and students to wear maroon and white, which are the Uvalde CISD school colors; a showing that “our hearts are with Uvalde.”

All of Tyler County’s five school districts encouraged their populations to do the same.

The “Chester Yellowjacket Buzz Link” on Facebook shared a post stating that “Chester ISD stands with Uvalde CISD,” and encouraged all Yellowjackets to wear maroon to show love and support.

A post on the Colmesneil ISD page encouraged everyone in the district to “Maroon Out with Uvalde,” and to “show our prayers and support” for the still-grieving community in south Texas.

Spurger ISD, which shares the same school colors, encouraged everyone in Pirate Country to wear their maroon gear in a show of support.

Warren ISD, which had Tuesday off for students, encouraged its staff and community members to wear the colors as a token of support.

A post from Woodville ISD Superintendent Lisa Meysembourg stated that “Woodville ISD is standing strong with Uvalde as they start their new school year,” and encouraged all Eagles to wear the colors.

According to an Associated Press story, many Uvalde CISD students did not want to return to school. Uvalde CISD superintendent Hal Harrell said in June that students would not return to the campus of Robb Elementary. Instead, the students were to be relocated to other campuses within the district.