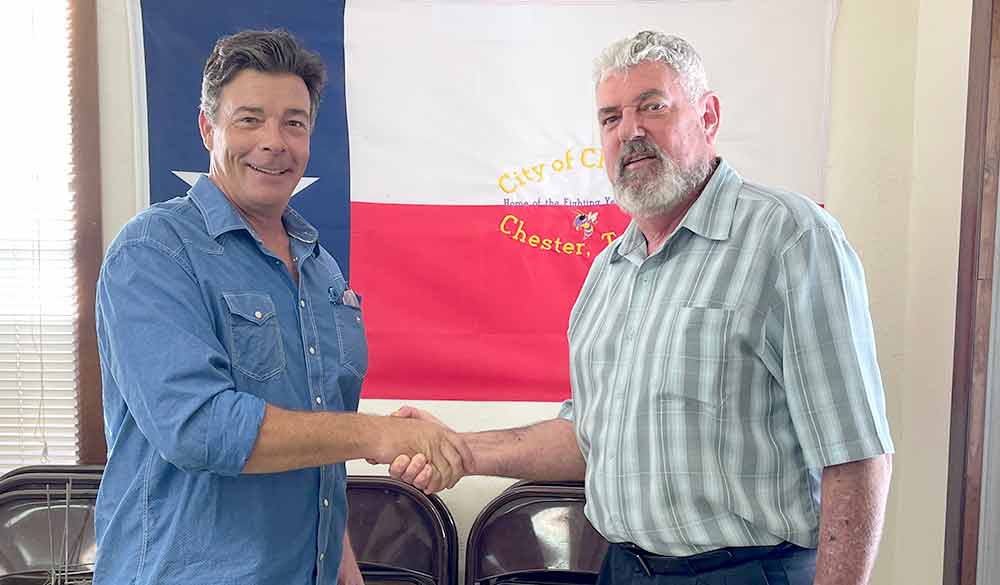 CHESTER – Chester Mayor Robert Poynter swore in new councilman Chris Cocco at their regular meeting Monday evening, which was moved to Aug. 29 in place of the first Monday in September because of Labor Day.

The lively meeting perused several items, including scrupulously analyzing the budget. With gas prices and other items burdening, the council decided to cash in one of its CDs. They raised the minimum gas payment to $40 and will be looking at other ways to keep the budget balanced.

Poynter has been in regular contact with the Railroad Commission regarding some gas issues. The city has new persons certified, and negotiations and openness with the Commission seems to have worked out well in the city’s favor. A gas leak that might have cost the city a pit appears to have been by a vandal, and the Commission looking at exempting Chester from that loss.

City Secretary Balela Mahaffey brought up issues on workload and her lengthy conversations with GrantWorks on a few of their grants. More clarification on that will come. She explained some the effects and portents given the recession and near certain continuance of inflation.

Minutes from the previous council meeting and the special session called on July 18 were approved. At the special session, they approved a modification in the policy on compensation time for employees that have to be called out for extra work.

Tommy Hubert of Discount Computer Systems was secured to work on the city computers. The council voted to not to approve a rate change from Entergy.