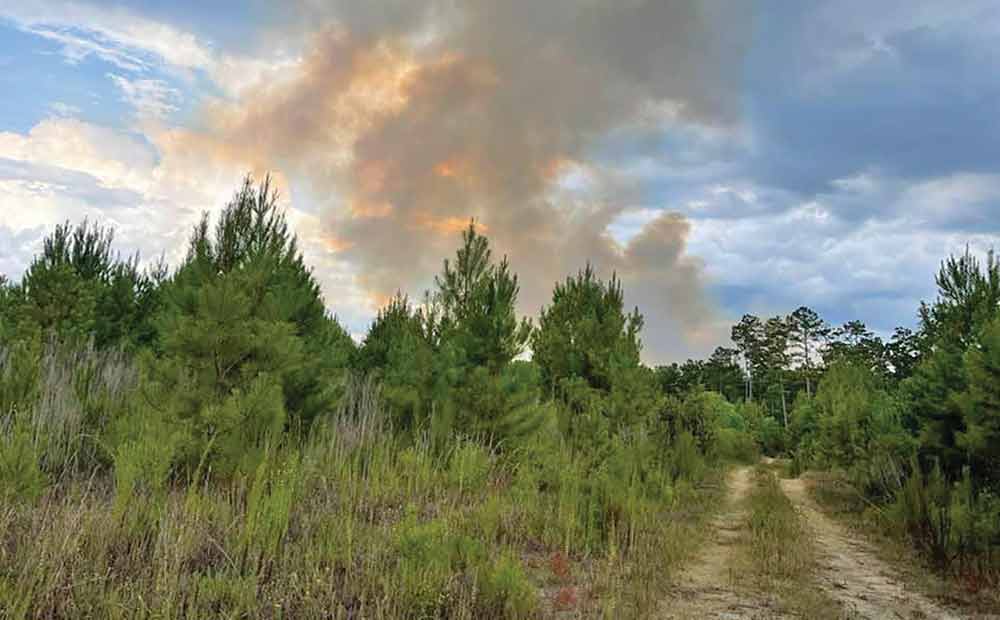 The initial report came through at 2:30 p.m., according to Jobe, and was reported at first as three separate fires, although two were located.

According to Jobe the efforts included the use of six bulldozers; four grass rigs; two engines; several support vehicles and 30 responders.

“Initial assessment is the two fires burned approximately 130 acres. At about 5:30 p.m., all county fire departments were released,” said Jobe. The dozers were left behind to cut lanes to prevent further spread.

Tyler County Sheriff Bryan Weatherford noted that it has been “a very busy and tragic fire year with the loss of precious lives and property,” and reminded citizens, in a statement, to be mindful of all the volunteer efforts of many firefighting agencies.

“These volunteers are always available 24 hours a day, whether it’s fighting a fire, vehicle crashes, assisting the community,

By Wednesday night the Texas A&M Forest Service reported that one of the fires, which encompassed 173 acres, was 90% contained, while the second, comprising 121.7 acres, was 100% contained.

There were no injuries reported and no structures destroyed or damaged.

Multiple wildfires have been reported in the region, largely due to the drought conditions that have persisited. At the same time firefighters battled the Teran fires, agencies were fighting one in Polk County, which covered 24 acres. That fire was reported as 100% contained on Wednesday.