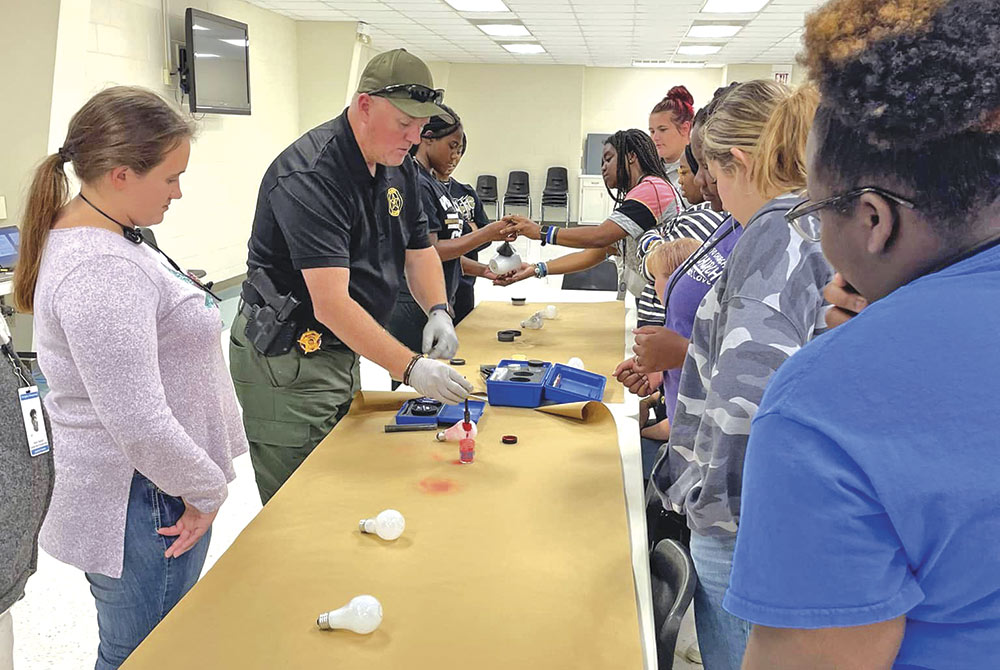 WOODVILLE – A group of teenagers got the chance recently to see what it is that police officers do on a day-to-day basis, and to receive some training in law enforcement procedure.

Dees, who has been involved with the annual academy since around 2014, said she is thankful that her department is able to host and support such an effort. Dees and Woodville PD officer Steven Hoke, who is also the Woodville ISD School Resource Officer, are the facilitators of the program.

A big part of the program, she said, is to show a different side to police work that young people often do not see or envision.

“Most of them are seeing and thinking about the bad things that are part of our job,” she said. “Taking people to jail and fighting with people is a very small portion of what we do.”

Dees said that all of the “rough and ready” tasks that police officers are faced with is offset in part during the training by the presence of other law enforcement agencies, as well as officials, such as Woodville Municipal Judge Judith Haney, who presented on the first day of the academy.

Some of the topics addressed through the four-day academy include the use of force, which is taught by Woodville PD Captain Jathan Borel; crime scene investigation; EMS and fire department protocol and a class on “Shoot/Don’t Shoot.”

“We put the students through a variety of situations, from traffic stops to mental health and domestic violence calls,” she said.

Woodville PD, according to Dees, makes a big effort to put all of the students who attend through hands-on learning experiences, which she said is paramount to most teenaged students’ ability to learn the concepts.

The age range for the students is 16-18. They must be high school age to attend. Dees said that prior to the pandemic, the academy used to service a full class of 25 students, but in the past couple of years, has capped at 12.

“We want to have a bigger class and are trying to figure out how to do it,” Dees said of the future for the Teen Police Academy.