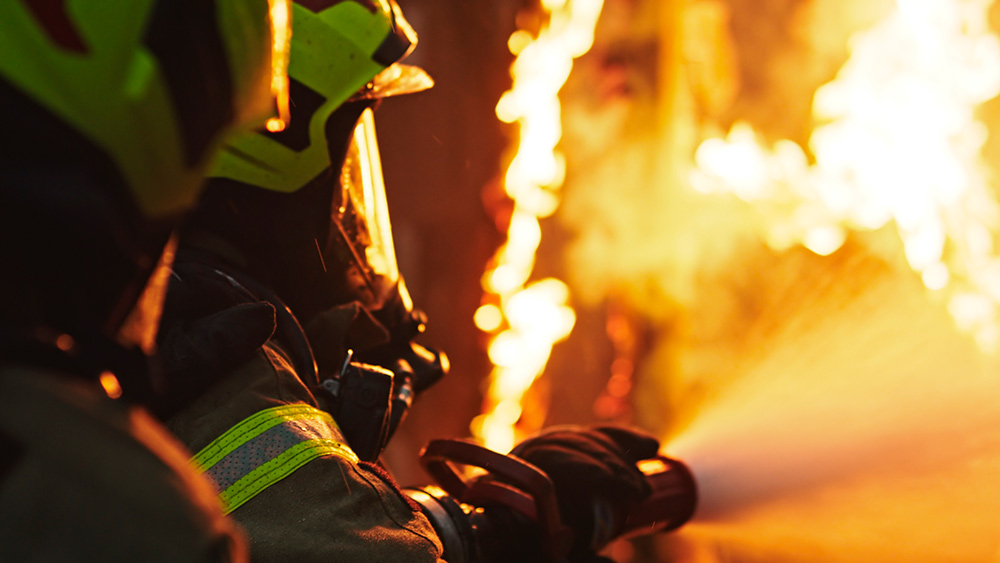 WARREN – Last week, a housefire in the Warren area resulted in two fatalities and one resident hospitalized.

According to Tyler County Sheriff Bryan Weatherford, a call came in at approximately 4 a.m. on Tuesday, July 5, of a housefire on CR 1400, in the Warren area. When Tyler County Sheriff’s Office deputies, along with firefighters with the Warren Volunteer Fire Department, arrived on the scene, they found the house, a mobile home structure, fully engulfed in flames.

“Deputies observed an adult female with severe burns and a female child, approximately three-years-old, appearing to be uninjured, outside the home,” Weatherford said. Additionally, the deputies found out soon after that there was an adult male and a 15-month-old baby still inside the burning structure.

The names of those who perished in the fire were later identified by family members as Jacob Robert Jones and his son Jacob Joshua Jones. Jacob Robert Jones’ fiancé and the children’s mother, Amber Boyett, is currently in critical condition in a Galveston burn unit.

The couple’s three-year-old daughter was reported as unharmed and had been placed with family members.

Due to the extreme heat and flames, the firefighters were unable to make entry into the home.

Warren firefighters, along with help from the Ivanhoe and Woodville VFDs, were able to fully extinguish the fire and locate the two bodies inside.

Boyett was flown to a hospital in Houston for treatment of her burns.

Pct. 3 Justice of the Peace Milton Powers ordered an autopsy be conducted on the two deceased individuals, and Riley Funeral Home transported them to Forensic Medical Management Services of Texas in Beaumont.

Weatherford said that along with his agency, the State Fire Marshal’s Office is investigating the cause of the fire.

Friends and family members have begun fundraising efforts for both funeral expenses, as well as an effort to assist with Boyett’s hospitalization expenses.

Boyett’s sister, Catherine, who launched one of the online fundraisers provided a list of clothing sizes needed for the survivors and added that donations for Boyett and her daughter can be delivered to the Express Mart in Warren.

Amber wears a medium-size shirt; size 7 pants and size 8 shoes. Her daughter Railynn wears a 5t and a size 10 in shoes.

Catherine Boyett noted that any donations will be greatly appreciated.