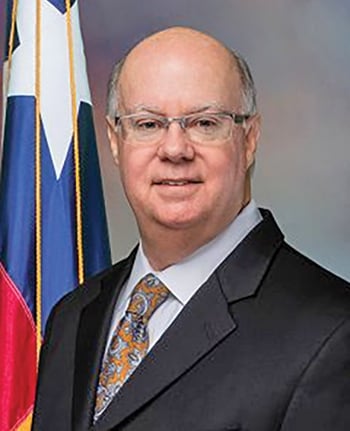 Jacques BlanchetteBy Chris Edwards
This email address is being protected from spambots. You need JavaScript enabled to view it.

WOODVILLE – Long-serving Tyler County Judge Jacques Blanchette announced on Tuesday that he will not seek re-election for another term.

Blanchette said that initially he did plan to seek re-election, but “recent events” have caused him to “re-evaluate what family needs may be required of me,” he said, which has caused him to decide against seeking another term.

“I greatly appreciate the privilege you’ve entrusted to me in serving. I hold fond memories of your kindness toward my family and confidence in me to do what’s right,” he said.

Blanchette’s term ends next year. Last week, Melissa Riley made an announcement to run for the office as a Republican.

The primaries for next year’s general election are on March 1 to decide candidates for parties. There are no other declared candidates at present for the county judge position.

Blanchette began his first four-year term as county judge in January 2007 and is currently in his fourth term. Prior to becoming elected to office, he was affiliated with Stringer & Griffin Funeral Home.

Throughout Blanchette’s tenure, he has led the county through natural disasters, such as hurricanes Ike and Harvey, and through the coronavirus pandemic.

Along with his position, Blanchette has also served in various regional and local leadership positions and in his church.