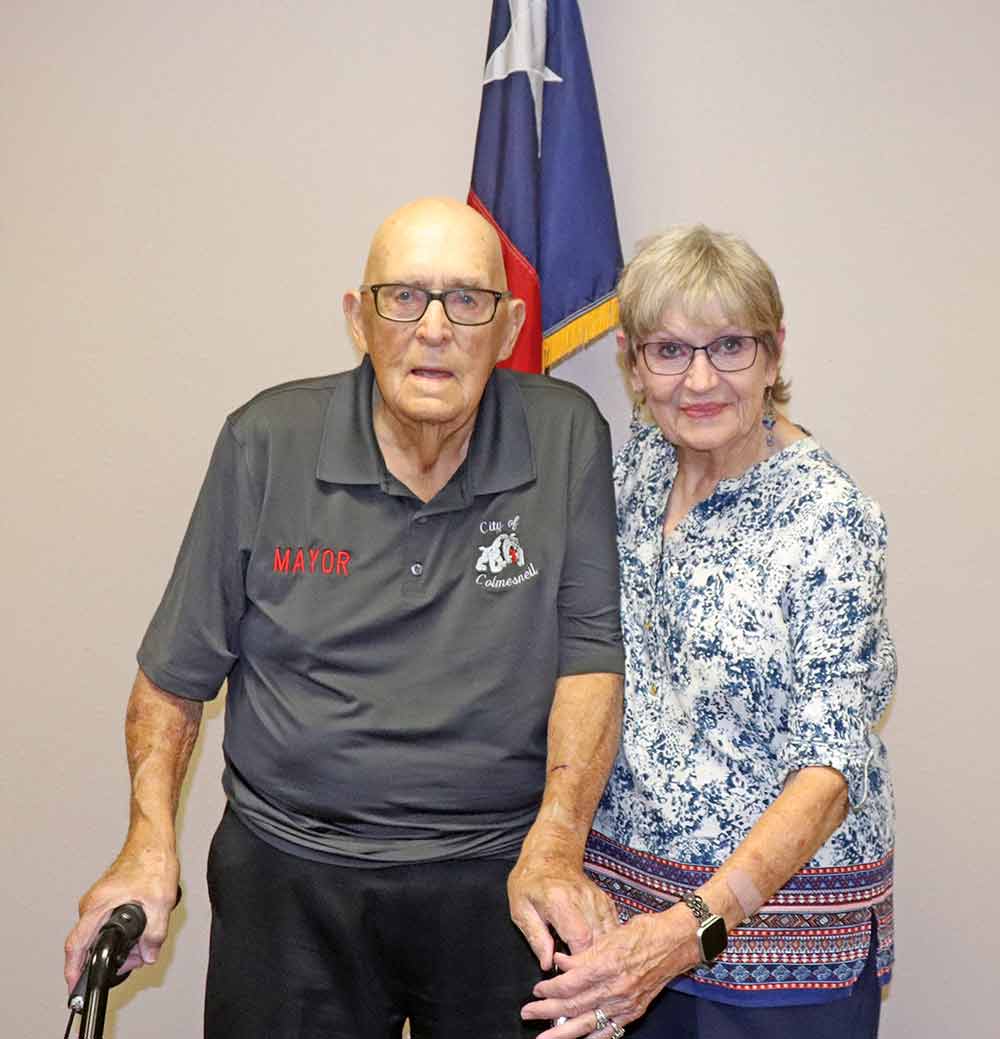 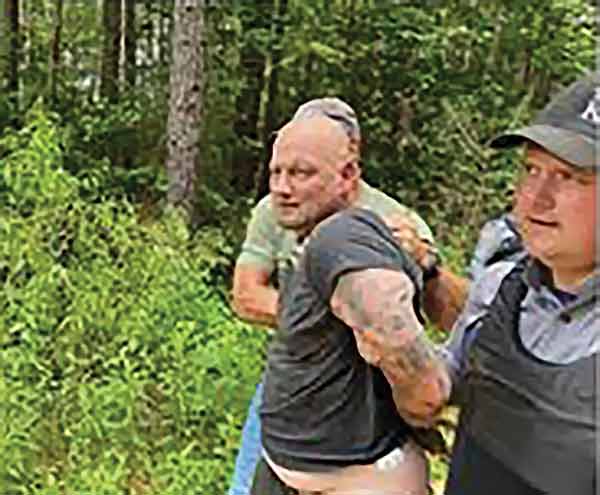 WARREN – A parole violator from Colorado was arrested in Tyler County, right near the Tyler/Hardin county boundary. The arrest came after a pursuit that spanned four counties.

Gregory A. Sawin, a 45-year-old Denver, Colo., resident, was arrested on Tuesday afternoon at approximately 2 p.m., according to Tyler County Sheriff Bryan Weatherford. Weatherford’s office was made aware of the pursuit of Sawin at 10:30 a.m. that morning when Hardin County deputies were in pursuit of a BMW passenger car on US Highway 69. 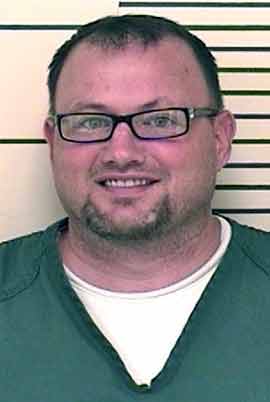 Gregory A. SawinWeatherford said the pursuit began in Orange County, and proceded through neighboring Jefferson and Hardin counties. The vehicle stopped on a private road just inside of Tyler County, and Sawin fled, on foot, into a wooded area, just south of Warren.

Reportedly, the chase reached speeds in excess of 120 MPH, and began when law enforcement in Orange were conducting a welfare check on an allegedly suicidal person.

Weatherford said that several agencies, including TCSO, the Hardin County Sheriff’s Office, the Orange Police Department, the Texas Department of Public Safety as well as agents from the Bureau of Alcohol, Tobacco and Firearms were quickly able to secure a perimeter around the wooded area.

In the end, it was K-9 units from the Texas Department of Criminal Justice out of Livingston and Dayton that were sucessful in tracking Sawin down and leading to his apprehension.

Once he was taken into custody and identified, it was discovered that he was wanted in his home state for a Parole Violation. He was transported to the Orange County Jail, where he will face additional charges.

A public records search of Sawin also turned up past convictions in the state of Oklahoma for a litany of charges, including forgery, driving under the influence and several assault/battery on a peace officer convictions dating back to 1996.

The mugshot used in this story is provided courtesy of the Colorado Dept. of Corrections. 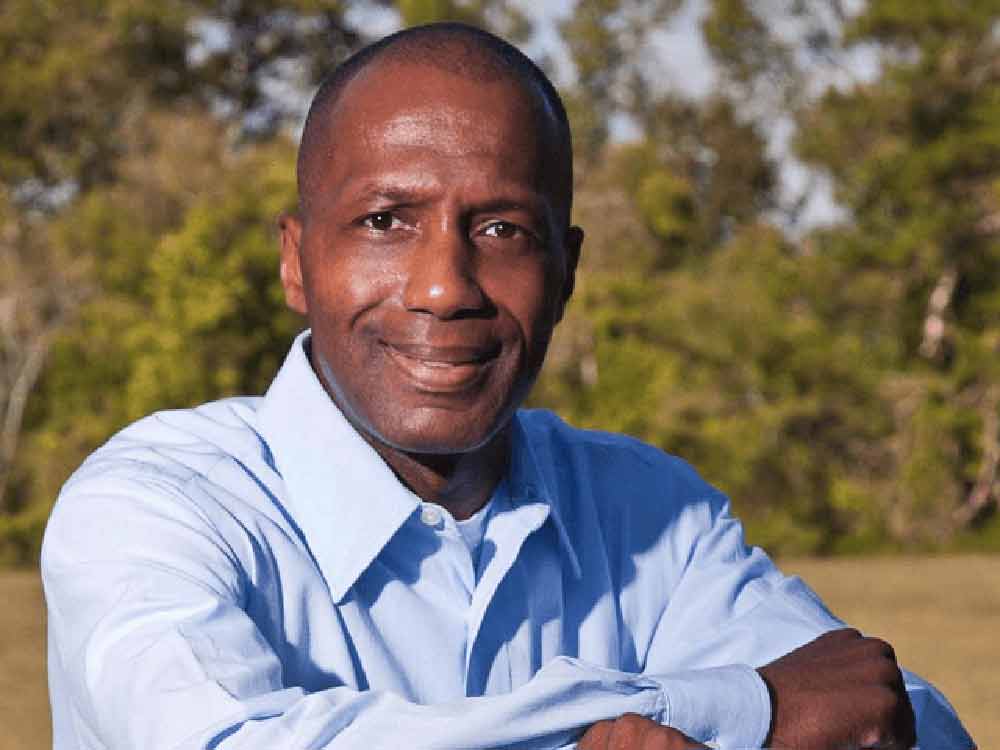 Tyler County’s own James White (R-Hillister), who has represented House District 19 in the state legislator, announced last week that he will not seek reelection.

White made the announcement in an interview with a television news station. His current two-year term ends next year, and in comments to the Texas Tribune, he said he is considering a run for a statewide office, just as long as “the people want me to pursue that.”

White has served in the House since 2010, when he was first elected. Prior to that, he was an educator in Woodville ISD. In his time as a state representative, redistricting has shifted the landscape of his district, and while he lost three of the four counties in his original district, he gained four new counties to represent. District 19 comprises Tyler, Jasper, Newton, Hardin and Polk counties.

White said that he will “definitely consider joining the statewide field,” and cited his qualifications and competitiveness.

He currently serves as the chairman of the House Homeland Security and Public Safety Committee. Throughout his tenure, he has served on the Corrections and Redistricting committees, the former of which, he said he is most proud of having served on.

Following the 86th legislative session in 2019, White was named to the Texas Monthly list of the state’s best legislators. He has also earned accolades from organizations such as the Texas Eagle Forum and the National Federation of Independent Business in Texas. 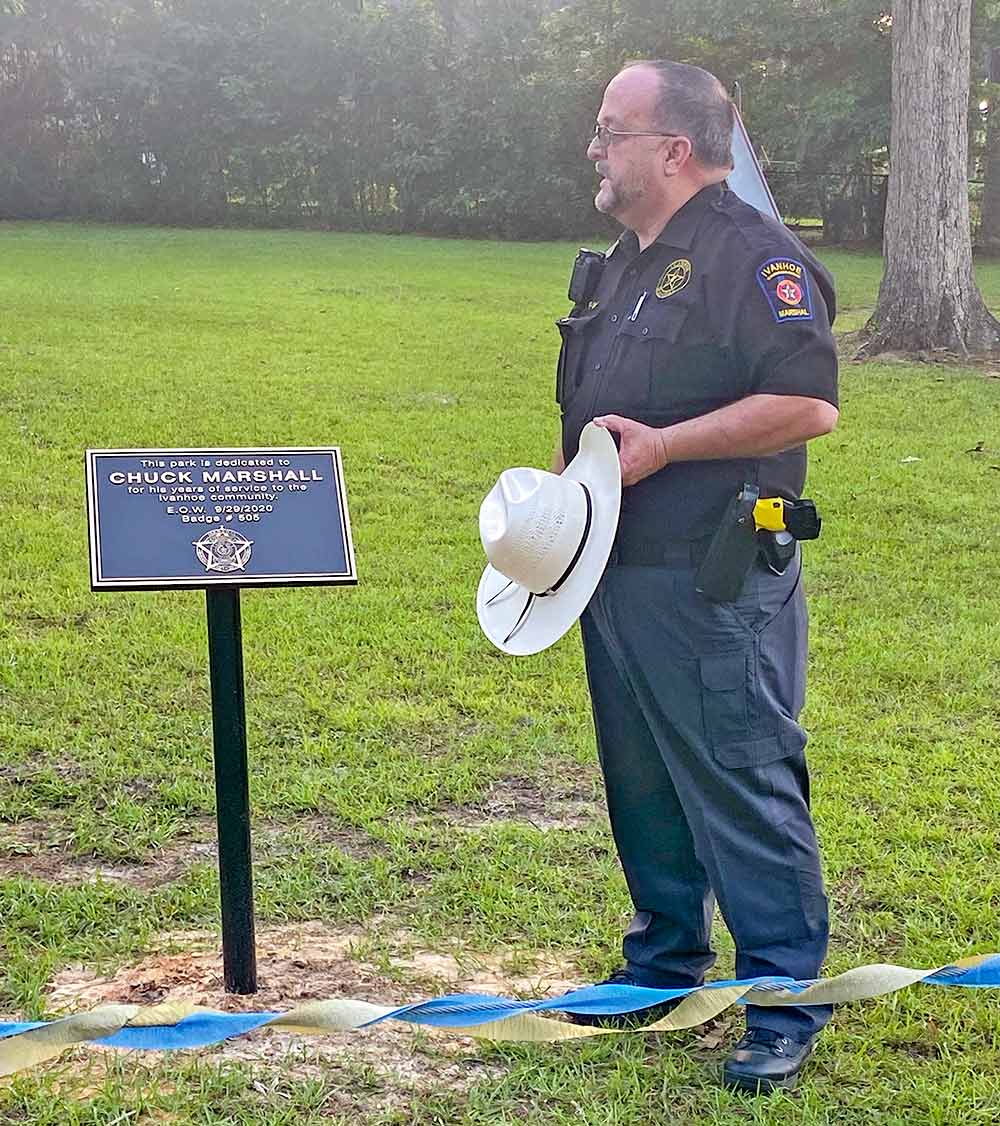 Last Wednesday, June 10, dozens of Ivanhoe residents and well-wishers gathered to honor Marshall’s memory with the renaming of the city park in his honor.

Marshall was a vital member of the Tyler County community. He loved his job and worked diligently to ensure the safety of the population. When he was not protecting and enforcing, he had a passion for making people smile.

Marshall especially loved young children, the future of the community that he cherished so much.  which is why it is so fitting that the city decided to name the Charmaine South Park after him. City Marshal Terry Riley presented Marshall’s family with a letter from Gov. Greg Abbott officially renaming the park to Chuck Marshall Park.

Riley said “You never knew if Chuck had a bad day because he always had a smile on his face.”

The event was held on Marshall’s birthday this year and had even more significant meaning for his loved ones.

With the dedicated park open to the public and bearing his name and badge number on a plaque, Marshall will still serve his community and produce the same type of smiles everyone remembers him for. 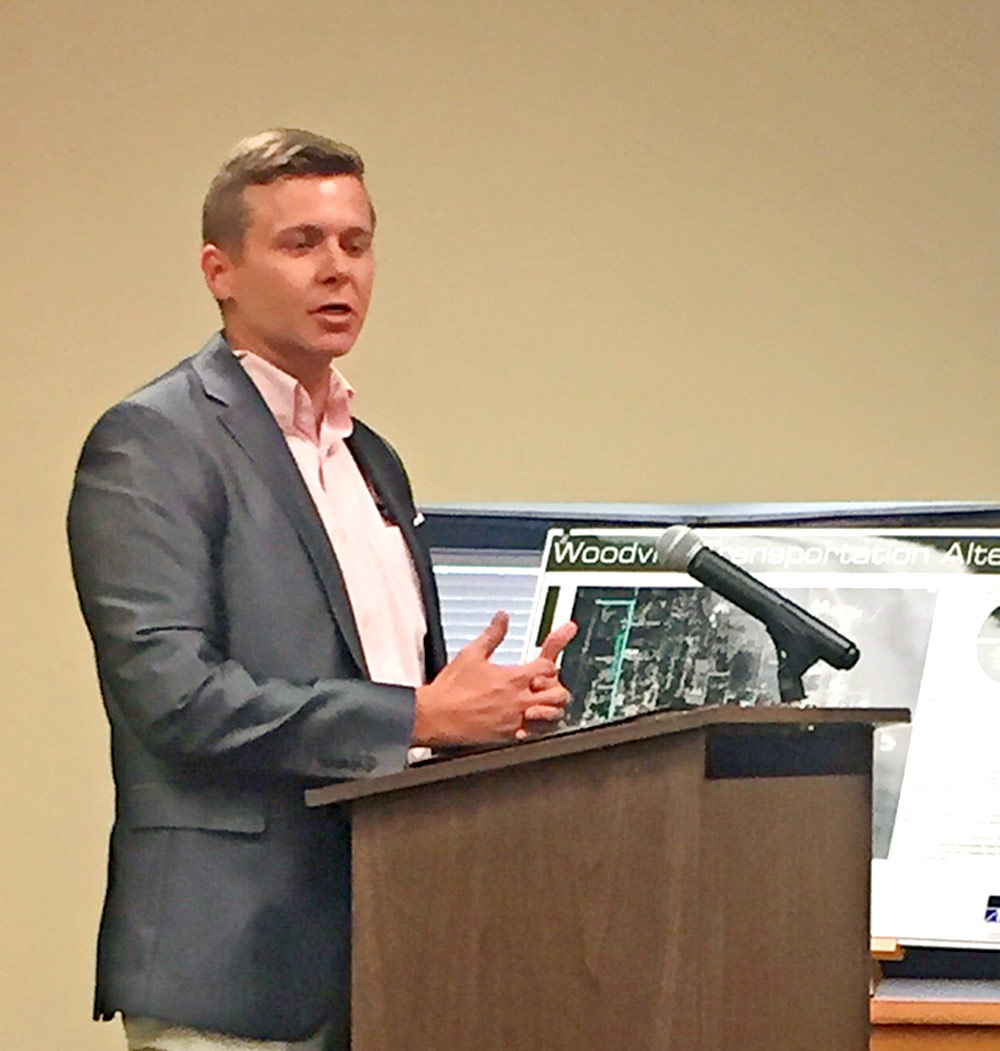