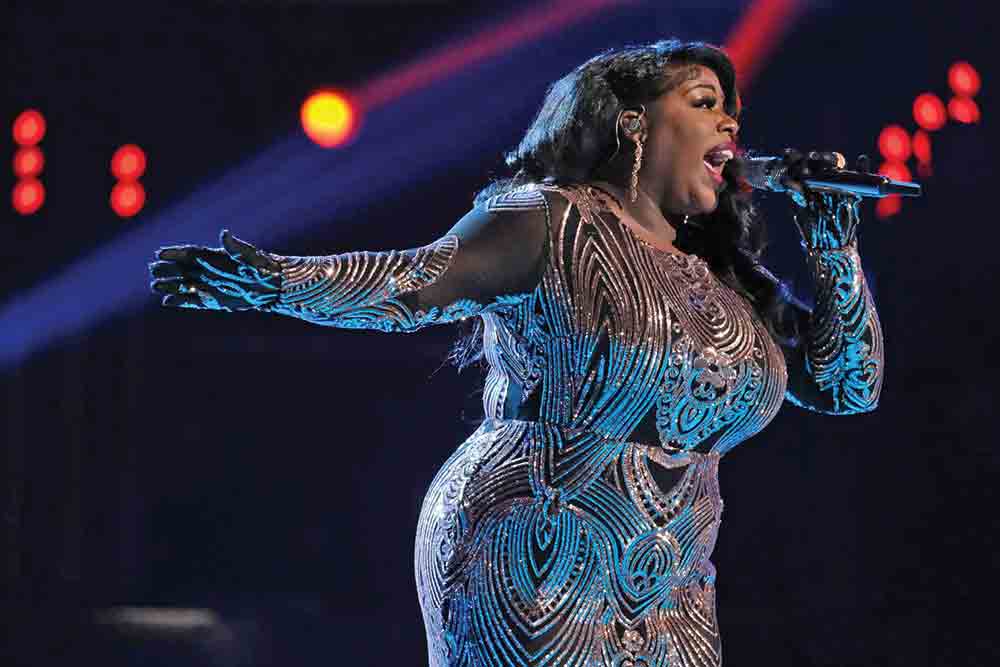 Woodville’s own first lady of song, Kim Cruse, ended her run on NBC’s 22nd season of The Voice last week, having gotten to the semi-finals. She returned home on Wednesday evening, to a parade of well-wishers along  Eagle Drive, in front of her alma mater, Woodville High School. Cruse said she was thankful for the experience and for the professional relationships she made through the show. “Thank you for the overwhelming amount of support during my run on the show! Stay tuned for what’s next,” she said.PHOTO COURTESY OF KIM CRUSE 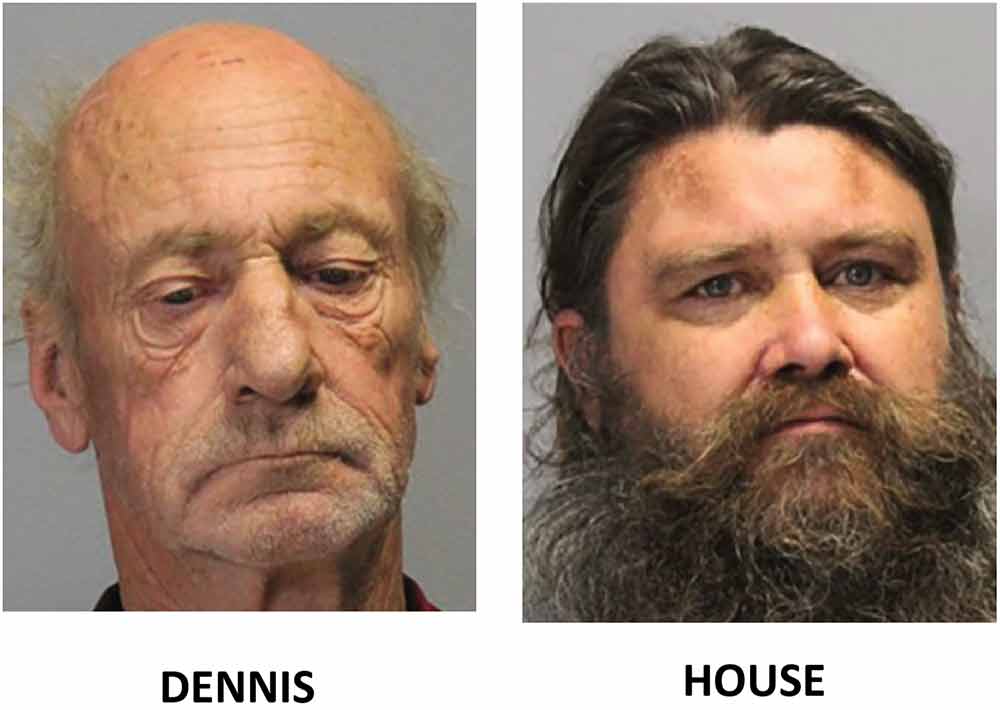 SPURGER –A parked vehicle in the middle of the road in the Spurger area yielded a discovery of illegal drugs, according to Tyler County Sheriff Bryan Weatherford.

Weatherford said that on the evening of Wednesday, Nov. 30, deputies were out patrolling in the Spurger area near County Road 4415, when they were made aware of the vehicle.

The driver, whom they identified as Earnie House, Jr., 48, of Town Bluff, along with his 64-year-old passenger John Lamar Dennis (also of Town Bluff), were both taken into custody on narcotics charges.

Weatherford said that when the deputies made contact with the vehicle’s occupants, they could smell the odor of marijuana emanating from it, before they made the occupants exit.

During a search of House, the deputies located a clear plastic baggie in his front shirt pocket, which contained a crystalline substance. It field-tested positive for methamphetamine.

A search of the vehicle revealed a glass jar, which contained more of the drug, as well as several items of drug paraphernalia, Weatherford said.

Both men were charged with felony possession of a controlled substance. Pct. 1 Justice of the Peace Trisher Ford set House’s bond at $4,500 for the third-degree felony charge, and Dennis’s bond was set at $2,000 for State Jail Felony level possession. Both men bonded out of the Tyler County Jail. 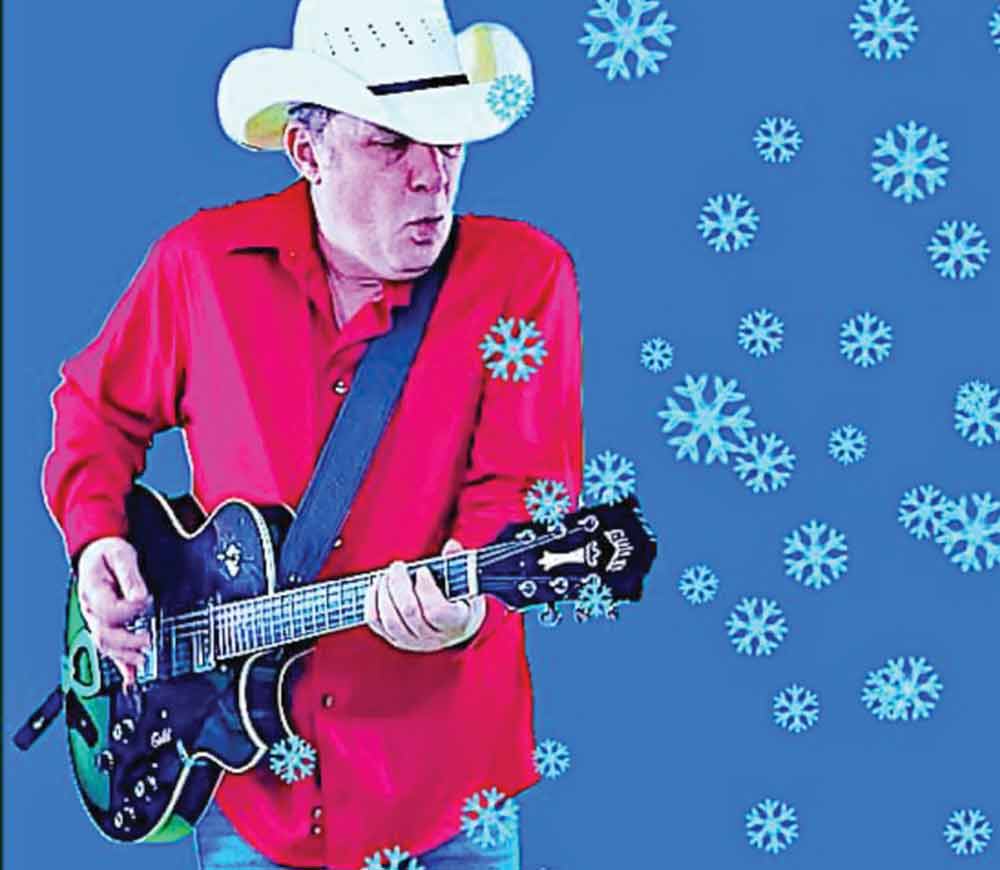 WOODVILLE – The Emporium Stage in downtown Woodville is hosting country singer/songwriter Randy C. Moore, who has become a regular at the venue.

Moore will perform on Saturday, Dec. 17 at 6 p.m. The gig is being dubbed the “Woodville Winter Holiday,” and he will be joined by local singer/guitarist “Wild Bill” Spurlock. Spurlock, the namesake proprietor of Wild Bill’s Grill in Woodville, hosts Moore frequently at his restaurant.

Moore, who is based in Lufkin, identifies as a country artist, but his sound and tastes come from a variety of places.

A veteran of the music industry and Nashville, Moore can rattle off seemingly esoteric facts about everyone from Neil Young and U2 to the late, great Carl Perkins, in a way that makes for fascinating storytelling.

Onstage, Moore can impersonate several artists, including Johnny Cash, vocally, and he covers songs from a variety of sources, but at the end of the day, Moore’s own sound is tempered with a warm, friendly vocal cadence and an intimate identification with the songs – whether they came from his pen or others’.

“An artist is someone who takes something that feels right for them and can deliver it to an audience,” he said.

Since he relocated to Texas, he and his wife used the pandemic-stricken year of 2020 as a time to resettle and move, or “Texas-ize,” as he calls it.

He released a couple of albums, Lufkin and Hwy. 59, since moving back to Texas, both of which are filled to the brim with his heartfelt lyrics and inescapable melodies. Such songs as “I Sold a Lot of Beer” and “Big in Texas” have gotten radio play.

His latest project Luckenbach, has received critical acclaim and radio play, both home and abroad. Along with his streak of recording projects and steady schedule of live gigs to keep him busy working, Moore was recently inducted into the European Country Music Hall of Fame, alongside fellow American act and pop country superstar Carrie Underwood. 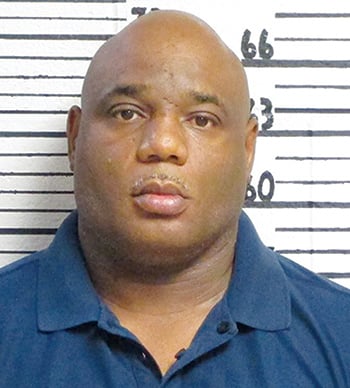 Troy SmithWOODVILLE – A guilty plea was entered in the case of a man accused of sexual assault of a child in Tyler County’s District Court.

Troy Lee Smith, Jr., 49, was arrested in September 2018 and charged with the crime, as well as a count of indecency with a child. Smith, who pleaded guilty was sentenced to eight years in prison, which he began serving last week.

Smith, an accomplished martial artist, had operated the Grandmaster Smith Academy of Martial Arts in Woodville for several years. According to the original affidavit, a warrant was issued for his arrest after a former student of Smith’s reported abuse while studying under him.

Smith received an eight-year sentence for each count, which will be served concurrently. According to the AG’s Criminal Prosecutions Division, Seales, then with TCSO, was the lead investigator, and took statements and conducted a detailed, thorough investigation, which was then brought before a grand jury, resulting in the indictment.

The evidence compiled showed that Smith began meeting privately with one of his students in 2011, who was then 15 years old. He inappropriately touched, and then sexually assaulted the student. The assaults went on for several months, and the student reported the incidents to TCSO in 2018.

Smith is currently serving his sentence at the Holliday Unit and according to his file with the Texas Department of Criminal Justice, will be eligible for parole in October 2026. 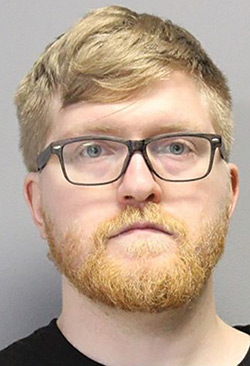 IVANHOE – An investigation last week resulted in an arrest of an Ivanhoe man and a charge against him of indecency with a child.

According to Tyler County Sheriff Bryan Weatherford, last month, deputies with the Tyler County Sheriff’s Office began to investigate a report made by a child’s guardian of indecency. The deputies, Weatherford said, were able to gather evidence, which included written, recorded and verbal statements, as well as text messages.

Weatherford said the deputies presented the evidence to Pct. 2 Justice of the Peace Ken Jobe for an arrest warrant to serve to the suspect, Elijah Alexander Stone, 28. A search warrant was also issued for Stone’s personal cellphone.

Stone was arrested on Nov. 23 and booked into the Tyler County Justice Center on the charge of Indecency with a Child – Sexual Contact.

Jobe set Stone’s bond at $50,000, and he remains in custody. The charge Stone faces is a second-degree felony, and if convicted, is punishable by a minimum of two years in prison and a maximum of 20 years, as well as a possible $10,000 fine.