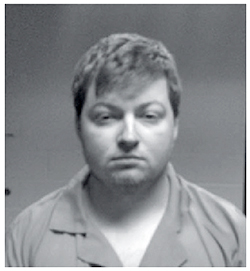 LIVINGSTON – A Woodville man was arrested last week in Polk County on a sex charge.

According to Polk County Sheriff Byron Lyons, 23-year-old Gavin Wayne Allen, of Woodville, was taken into custody last week and charged with Online Solicitation of a Minor (under the age of 14.)

Lyons said his office had received a complaint from the parents of a 13-year-old female child, claiming that the child had received sexually explicit messages on social media from Allen.

Detectives with PCSO began investigating the complaint, and discovered nude photographs sent by Allen to the child. Allen, according to Lyons, served as a bowling coach for local youth at the bowling alley in Livingston.

According to Lyons, when detectives were conducting interviews to gather evidence, and monitoring cell phone messages, they observed that Allen was attempting to meet the child later that evening (Monday, Oct. 18) to have sex.

It was then, Lyons said, that detectives felt “for the safety of the child to further their attempts to locate Allen,” who was then found and taken into custody and booked into the Polk County Jail.

The following day he was released on a $50,000 bond set by Justice of the Peace Sarah Rasberry.

Additionally, Lyons asked that any parent whose child had contact with Allen to contact and speak with Lt. Craig Finegan with PCSO’s Criminal Investigation Division at 936-329-9028.