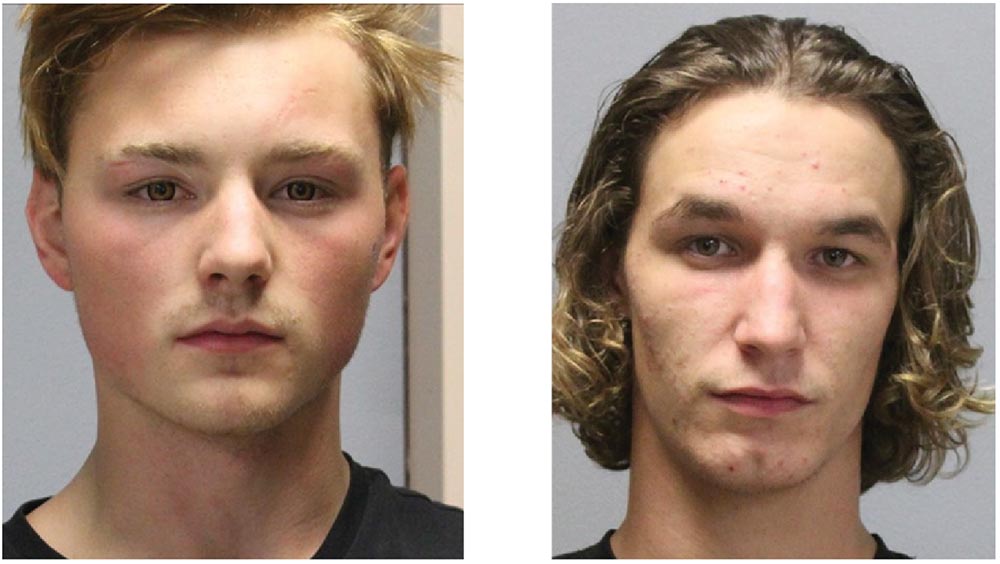 According to Tyler County Sheriff Bryan Weatherford, a combination of items that were identified and surveillance video helped toward the apprehension of two suspects, Jared Michael Saulsbury, age 17, of Silsbee and 20-year-old Justin Wyatt Chaison of Spurger. The two are charged with burglarizing that Oak Grove Church, which is located between Spurger and Fred.

The church’s pastor was able to identify items that were taken from the church from photos that were provided by an anonymous source, according to Weatherford.

When deputies with the Tyler County Sheriff’s Office were able to view surveillance video footage from the church, they observed and identified a male subject leaving the church on the Saturday, Oct. 9 date when the incident occurred. The subject was identified as Chaison.

The deputies were then able to obtain and execute a search warrant at a residence located along County Road 4550, where they were able to recover the majority of the items stolen from the church.

Weatherford said that while his deputies were speaking with individuals at the residence, Salsbury and Chaison admitted to the break-in. They were taken into custody and transported to the Tyler County Justice Center. They are both charged with Burglary of a Building, and their bonds were sat by Pct. 1 Justice of the Peace Trisher Ford, with Chaison held on a $6,000 bond and Saulsbury on $5,000. Both have since bonded out of the jail.