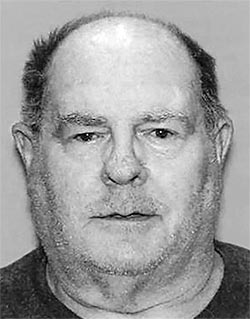 Missing ManBy Chris Edwards
This email address is being protected from spambots. You need JavaScript enabled to view it.

The family of a missing Tyler County man issued a bulleting via social media to remind the public to be on the lookout for 72-year-old Thomas Thornton.

The Town Bluff resident has been missing since Wednesday, March 24 and was last seen on video footage the next day at a gas station in Hemphill.

His family has been concerned for his wellbeing. Thornton, who is a combat veteran who served during the Vietnam War, has issues with PTSD as well as dementia, according to family members. More troubling, he did not take any of the medications with him, on which he is dependent.

When he was last seen leaving his home in Town Bluff around 6 p.m. on that day in March, he was heading to Jasper, where he used his debit card at Brookshire Bros.

According to the timeline of Thornton’s last known whereabouts, which were gleaned from security cameras and cell phone pings, he was last on the grid on March 26, when his cell signal was pinged in Shelby County, but lost after that. It is surmised that his cell phone lost its charge, and that is when his family and the Tyler County Sheriff’s Department attempted to get a Silver Alert issued for him, which was activated two days later.

The Silver Alert has since been discontinued, but Thornton’s family members are still asking the public to be on the lookout for the missing man. His niece Dana Lee Summerlin Hutto asked the public to check their hunting clubs and fish camps. “We are really hoping for some clues to lead us to him,” Hutto said.

Hutto said her uncle, who has lived in Tyler County for more than 20 years, enjoys fishing and walking in the woods, and of primary concern, medically, is the fact that he is in the early stages of dementia, which has caused his family to fear for his wellbeing since he initially went missing.

“Tommy,” as his family knows him, typically wears a baseball cap with a “Vietnam Veteran” patch on it, and usually sports T-shirts and carpenter-style blue jeans. He stands 5’7” tall and weighs 255 lbs. Thornton drives a dark grey 2017 Ford Edge with the Texas license plate number NJJ-8580. He also has blue eyes and a visible scar on his right arm.