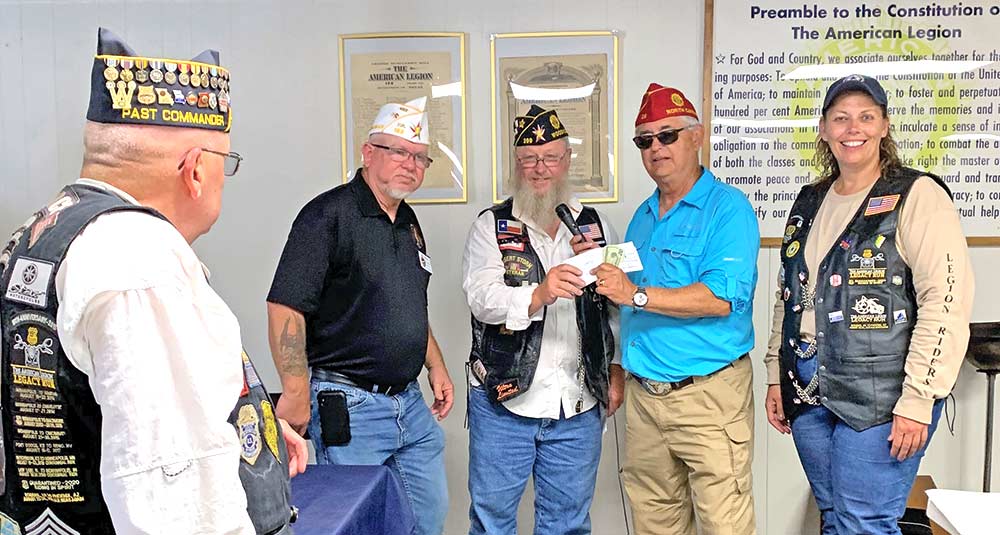 Special to the Booster

The Legacy Run was started by the American Legion Riders (ALR) which is a post run program made up of veterans and spouses who are also motorcycle enthusiasts.  This year’s run started on August 22 in Rogers, Arkansas, ending 5 days and 1,400 miles later at the National Convention in Phoenix, Arizona. Donations raised during the Legacy Run provides money for the American Legion Legacy Scholarship Fund, which gives college scholarships to the children of U.S. military personnel killed on active duty on or after Sept. 11, 2001.  A few years ago, children of post 9/11 veterans with a combined disability rating of 50 percent or greater became eligible for the scholarship as well.

Last year’s run was cancelled due to the coronavirus pandemic however, the American Legion Family came back stronger than ever, raising over $1.1 million. Since 2006, they have raised over 12 million dollars.  Donations are raised throughout the year by different American Legion Departments/Posts and ALR Chapters and presented to the American Legion National Commander during the Run and at the National Convention.

This year is the seventh year that Meysembourg has participated in the Legacy Run.  Earlier this summer, he was also appointed as the American Legion Department of Texas State Advisor for the American Legion Riders.  In addition, he also served as the Assistant Road Capitan for B Flight during this year’s run.  With over 250 motorcycles participating in 13 flights, they presented quite a sight running down the roads and highways. In many towns and communities, observers lined the streets waving flags and cheering them on.  During the run, the riders visited different American Legion Posts and had wreathe laying ceremonies at several Veterans’ Memorials and National Cemeteries.

To learn more about the American Legion Riders and the Legacy Run, visit www.legion.org/riders.