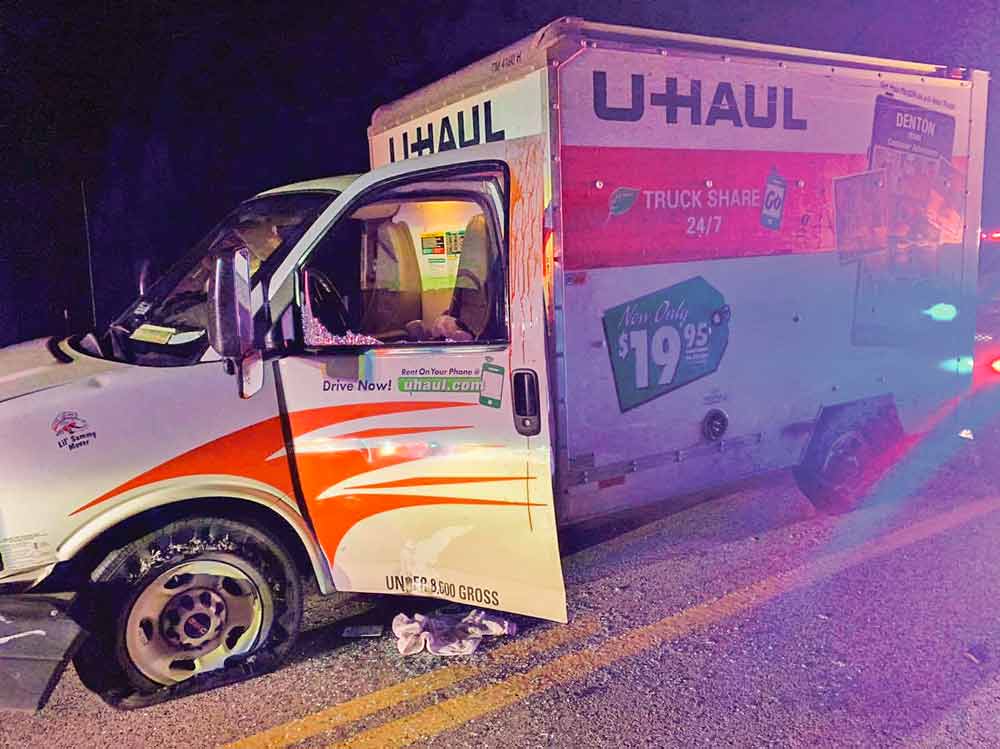 The U-Haul in which Davidson led authorities on a chase. (Photos courtesy of Trinity County Sheriff Woody Wallace)

TYLER COUNTY – A four-county chase in a U-Haul truck ended in Tyler County, and a Desoto man is in jail following the incident.

According to a social media posting from Trinity County Sheriff Woody Wallace, the chase lasted two hours and began early in the morning on Saturday, July 17, in Angelina County. 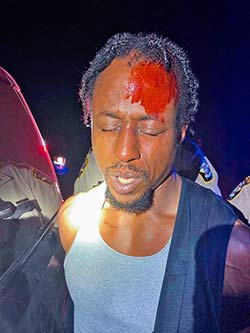 Ronny Dwight DavidsonWallace said that the chase began before 3 a.m., and the driver, later identified as 43-year-old Ronny Dwight Davidson, drove the moving vehicle through Trinity County, where he struck a deputy’s patrol unit, spinning it around and doing extensive damage. “While you were sleeping, a U-Haul bandit led officers on a two-hour long chase,” Wallace said.

The chase continued, at a speed of around 80 mph through Polk County and ended in Tyler County at around 5 a.m., where deputies with the Tyler County Sheriff’s Office were able to deploy spike strips that flattened the vehicle’s tires, which Wallace said crippled the truck as Davidson attempted to flee further.

When law enforcement finally made contact with the man, they found he was armed with a handgun, but were able to subdue him after disabling him with chemical agents.

Officers from multiple agencies reported that Davidson had attempted to “play chicken” with multiple on-coming vehicles during the multiple-county chase.

Davidson was taken into custody and transported to the Angelina County Jail where he has been handed multiple felony charges, including unlawful possession of firearm by felon and evading arrest/detention with vehicle (both third-degree felonies.) He is also charged with the first-degree felony offense of aggravated assault against a public servant. As of Monday, none of his bond amounts have been assessed, save for a Class C possession of drug paraphernalia charge.

Public records indicate that Davidson had previously served a prison sentence for convictions of aggravated robbery and aggravated assault with a deadly weapon.