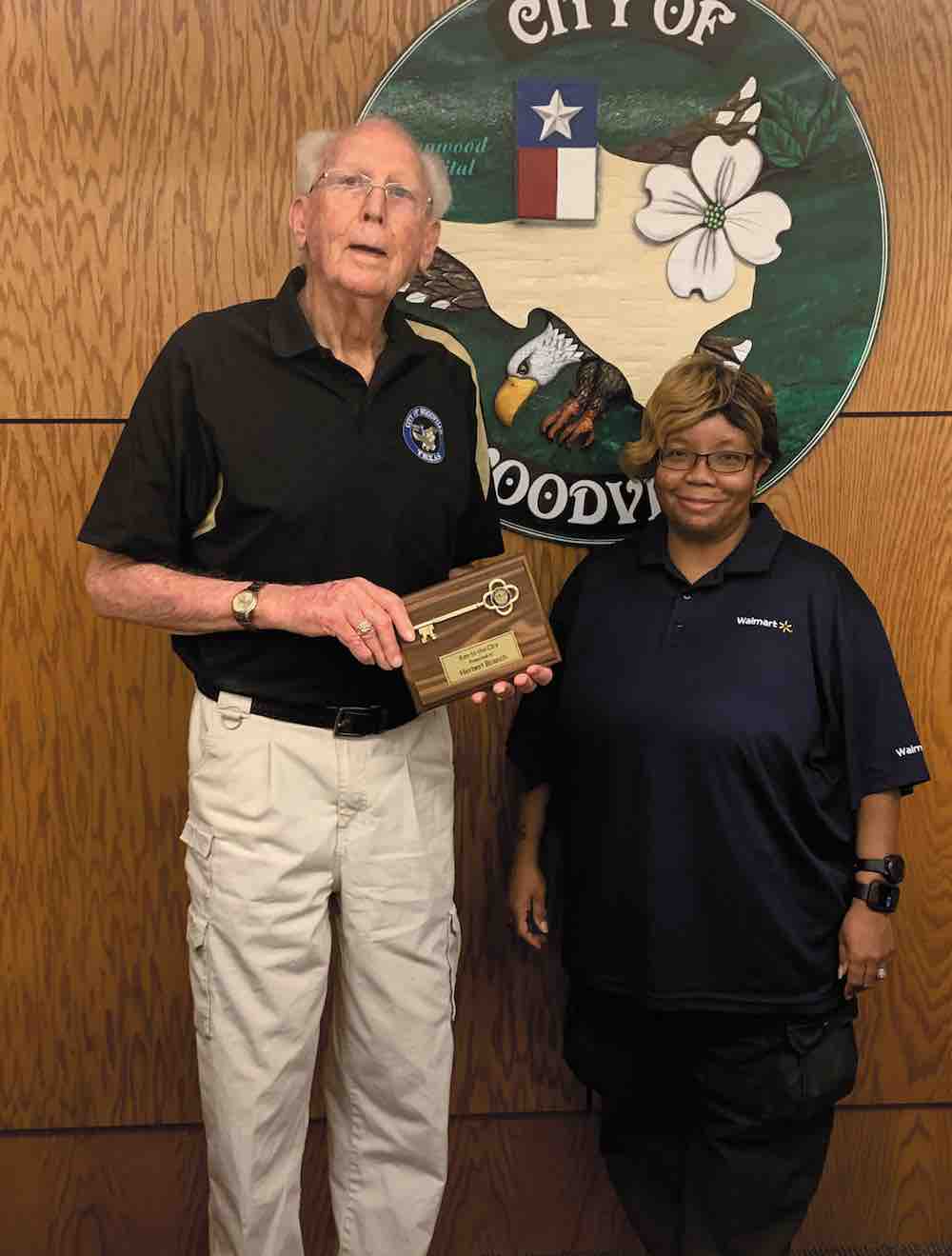 COURTESY PHOTO Woodville Mayor Paula Jones presents long-serving councilman Herbert Branch with a key to the city. Branch was recognized on Monday night for both his coming 90th birthday and his long, faithful service to the city.

Along with the proclamation, Terry Allen, with the Tyler County Child Welfare Board was on hand with other volunteers from the CWB and spoke about the problem of child abuse as it affects the county.

Allen said there are 31 children from Tyler County in foster care, and added that the pandemic has complicated the data, in her estimation, on how many children have died as a result of abuse or neglect.

Jones presented Branch with a key to the city and a hearty thanks for his service to the city. Branch said he has lived in Woodville for 48 years and was appreciative for the gift. “That is so nice. Thank you very much,” he said.

In other business on the brief agenda for Monday evening, the city approved the procurement of Lufkin firm Goodwin Lasiter Strong for engineering services for an upcoming CDBG program grant application.

The grant cycles every two years, Risinger said, and the city will be applying for a street improvement project. One stipulation is that a grant administrator and engineer must be appointed, and Risinger said the city has utilized the firm’s services for past projects.

A special meeting will take place this week to authorize the submission of the application.