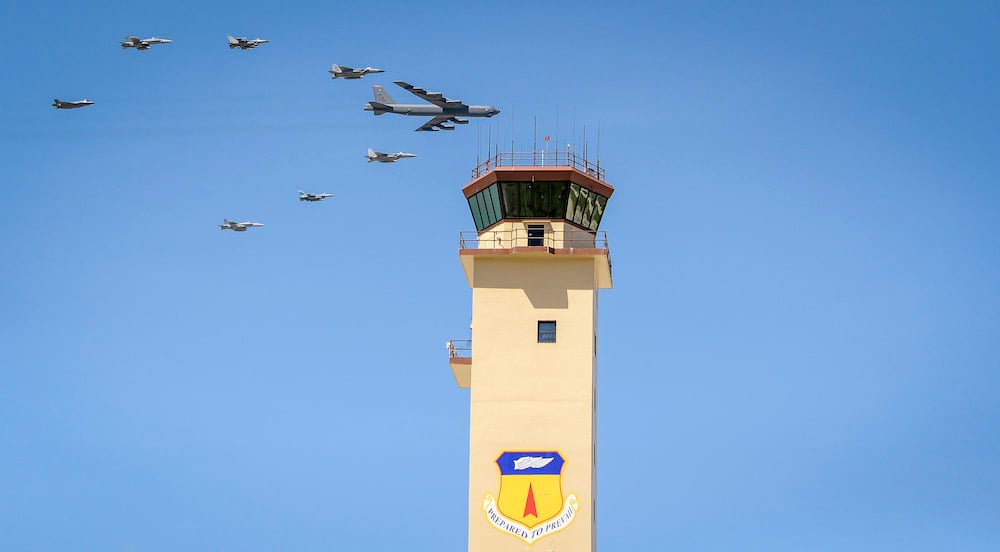 TYLER COUNTY – A report from a concerned resident about an aircraft in distress led to a large-scale search effort that ultimately ended with good news.

At approximately 2 p.m. on Wednesday, the Tyler County Sheriff’s Office received a report of a military plane flying low to the ground, with smoke coming from an engine, according to Tyler County Sheriff Bryan Weatherford. The report came from a resident living on FM 1450, who reported what appeared to be a plane in distress, as well as smoke coming off of the ground. The sighting was reported near the county lines of Tyler and Polk.

According to Weatherford, the first responders concentrated their search efforts around and near FM 1943 west of Warren, to US 190 west of Woodville, into Polk County. Tyler County Emergency Management Coordinator Ken Jobe said there were two AMBUS units staged in the two counties: one in Warren and one in Midway on 190.

The search lasted for two hours, after the responders received information that the aircraft had made a safe landing at Barksdale Air Force Base in Bossier Parish, La. Jobe said the report that launched the massive search was “a true mistake,” that the person who made the report saw the smoke on the ground, which was likely from a controlled burn that was taking place on the A-C reservation, and with the smoke coming from the plane, along with the fact that it was flying low, put the elements together and feared the worst.

Jobe added there were probably a total of 12 or 15 ambulances involved, as well as three fire departments. “We had a whole lot of medical care response in about an hour,” Jobe said.

Along with TCSO, the Polk County Sheriff’s Office, troopers with the Texas Department of Public Safety, the Texas Game Wardens and Forestry Service also participated.

Jobe said that although the search was the product of “a legitimate error” from a concerned resident in the area, emergency personnel will likely treat the experience as a training exercise.

There will be an after-action review on Wednesday, Jobe said, which will be done cumulatively with the Emergency Management offices that were involved.