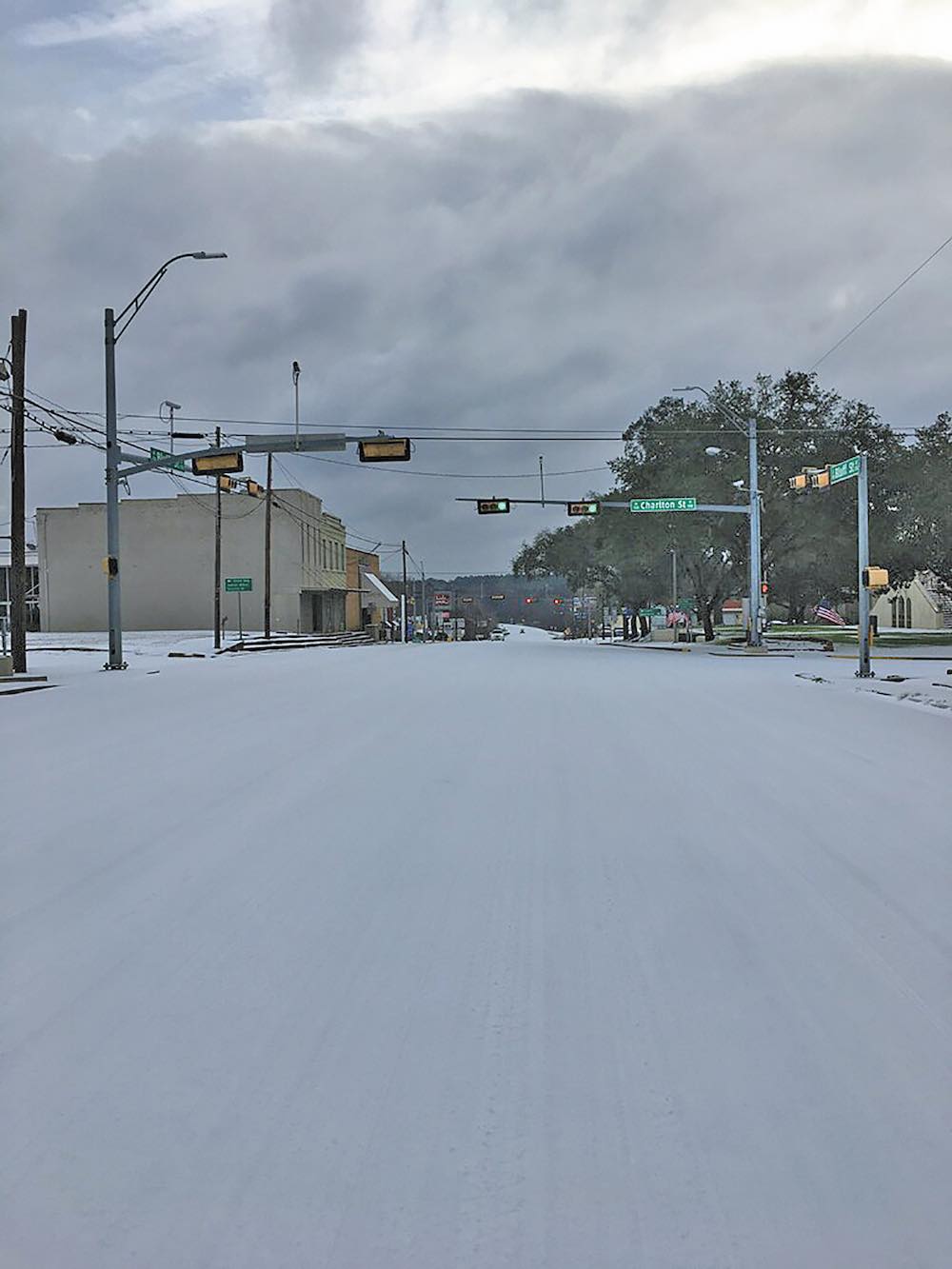 DONNA HAMMER | TCB Snow, ice and impassible roads were an unusual sight for Tyler County, as well as the rest of the state last week.

In the aftermath of last week’s winter storms, although the ice and snow have melted and the temperatures have risen, most areas of Texas sustained damages as a result, and Tyler County is one of the counties eligible for federal disaster assistance.

President Joe Biden has approved a major disaster declaration for Texas on Saturday, Feb. 20, making most of the state eligible for federal relief funding. At press time, 108 of the state’s 254 counties were eligible. Initially, 77 were named as eligible for public assistance through the Federal Emergency Management Agency (FEMA), but on Monday, 31 further counties were added to the list.

The assistance includes grants for temporary housing and home repairs, low-cost loans to cover uninsured property losses, and other programs to help individuals and businesses recover from the disaster’s effects, according to a news release from the White House.

The request made by Gov. Greg Abbott on Feb. 13 for the presidential disaster declaration included all of Texas’s counties.

Abbott said on Monday that additional counties will continue to be re-requested and urged Texans who have suffered damage from the storm to fill out the Texas Division of Emergency Management’s (TDEM) Individual Assistance Reporting Tool, a form found on its website, located at tdem.texas.gov.

Completing the form will help state officials to identify damages across the state and help emergency management officials gain an understanding for reportage to FEMA.

All of the counties within the region were included on the list of FEMA-eligible counties, save for Newton, which Rep. James White said he had inquired to TDEM about, and added that Rep. Brian Babin is working with FEMA to get its status as FEMA-eligible.

“Congressman Babin and I will stay on top of this until we get the answer Newton County deserves,” White said.

Power outages were the primary utility concern for many Texans during the storm, but many also went without water. As of Friday, power had been restored to all Tyler County residents, but there were still around 1,200 residents without water, according to the county’s Emergency Management Office.

For some of the millions of Texans who were left without electricity, it was reported that some electric consumers received extremely high bills, which is something Abbott said he and other state leaders are working to find solutions for.

On Saturday, the Texas Tribune reported that Abbott held an emergency meeting with lawmakers to discuss the issue, and the Public Utility Commission met on Sunday to sign two orders: one for providers to put a temporary moratorium on disconnections for power or water customers for non-payment and another for companies to stop sending invoices or bill estimates to customers until, in the words of PUC chair DeAnn Walker “we work through issues of how we are going to financially manage the situation we are in.”

Abbott also has given the directive to power companies and lawmakers to winterize the state’s power infrastructure, something that was lacking to keep the various power sources online during the record-low temperatures.

White said he is committed to addressing the causes and implementing the solutions in order to prepare for such extreme weather events in the future, but not promoting agendas. During and after the storm, many public figures and lawmakers voiced opinions on the state’s infrastructure. Fox News’s commentator Tucker Carlson blamed the predicament on wind turbines, while former congressman Beto O’Rourke said that Abbott chose to ignore facts and science; that state Democrats in the House had been warning of a potential blackout for years.

Part of Abbott’s directive was for the legislature to investigate the Electric Reliability Council of Texas (ERCOT), which manages the flow of electric power to more than 26 million Texans, or about 90% of the state’s electric load.

White said he reached out to ERCOT and spoke with their legal counsel, as well as Bill Magness, the president and CEO of ERCOT. White said that although ERCOT requested two orders to provide a variance to generating entities to provide power generation above licensed levels (one to TCEQ and another to the federal Department of Energy) and neither order restricted, prohibited or eliminated electricity generation during the storm.

White said that ERCOT stated it was up to the owner of the power generation unit to take advantage of the increase variance, and that ERCOT should have a list of the generating units that utilized the TCEQ variance, the DoE variance or those that chose to do nothing.

“I look forward to listening to the committee testimony by ERCOT for consistency,” White said.

White and the rest of the state legislature are expected to hear testimony from ERCOT officials on Thursday in hearings in Austin.