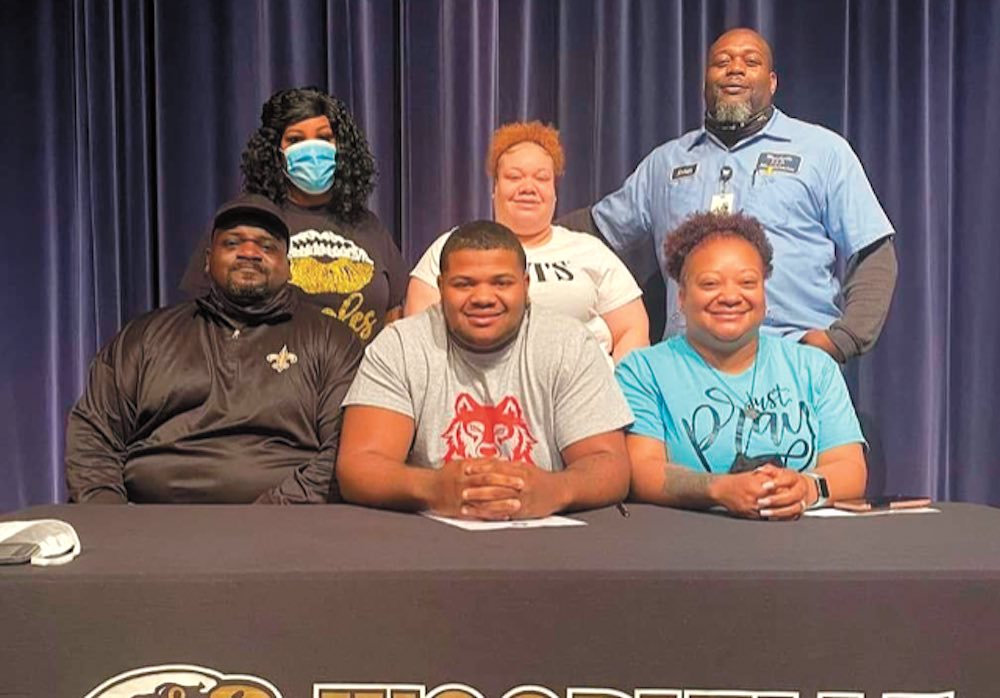 WOODVILLE – For high school athletes hoping for the opportunity to test their mettle at the collegiate level, the first Wednesday of February is a day of anticipation, as it is National Signing Day.

One Woodville High School senior has signed on to play college football last Wednesday. D’Quincy Wise, who played both ways for the Eagles as a tackle, during his high school career, will go on to play for the Sul Ross University Lobos.

The 5’11”, 285-lb. senior is set to graduate in May, is planning to major in kinesiology, and has a goal of becoming a coach.

Upon signing with the university, Wise wrote on social media that he is “blessed to commit to Sul Ross and become a person on and off the field.”

Sul Ross is located in the west Texan locale of Alpine, and their athletics program is part of the American Southwest Conference West division, which also includes schools like McMurry, Hardin-Simmons and Texas Lutheran. Wise will play under the direction of Lobos head coach John Pearce.

As an Eagle, Wise was part of a powerhouse team for his last season, which found them achieving bi-district champion status and finishing third in UIL 3A Division 1. Wise also played basketball for the Eagles and competed in the shot-put event in track and field.

He was named the Defensive MVP in district when all-district honors were named. In 2019, he was named first team defensive tackle.

A social media post from Woodville ISD congratulating Wise stated “We can’t wait to see you on the field as a Lobo.”