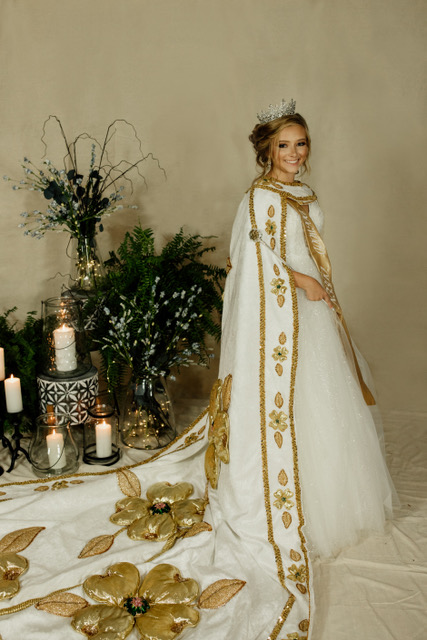 WOODVILLE – The directors for the annual Tyler County Dogwood Festival have met and set in motion preliminary measures to produce the annual festival.

Last year’s festival was postponed and re-tooled due to concerns with the pandemic, and instead of taking place over the course of three weekends in March and April, was limited to one date on the second weekend in June, still, the 77th annual Dogwood Festival was celebrated in Woodville. It was only the second time in the festival’s history that a drastic change had to be made. Throughout America’s involvement in World War II, the festival was cancelled.

The festival’s executive director Buck Hudson, now in his 30th year of being associated with the festival, said that last year’s festival was the most challenging of any to produce, but that it was important to have the event for the youth of the county, and to uphold the tradition.

According to a news release from the festival directors, the event has, for more than 80 years, allowed Tyler Countians the opportunity to “[pay] tribute to the glories of spring and the lovely dogwood trees.”

Hudson and the directors announced that they are planning the full and traditional range of Dogwood activities, which will begin with Festival of the Arts weekend, on March 20-21, followed by Western Weekend on March 26-27 and concluding with Queen’s Weekend on Saturday, April 3.

Along with all of the fun events that comprise those three weekends, the directors also announced the traditional historical play will commence. “This year’s historical play will go back to the very beginnings, as this is the 175th anniversary of Tyler County,” according to the news release.

The theme for the festival, overall is “We are Tyler County: A Celebration of the Beginning.”

At present, the selection process is underway to choose the new Dogwood Queen for 2021, with the first round of selection planned for Thursday, and subsequent rounds scheduled for Feb. 11 and 25.

According to the directors, the contestants will be evaluated on the basis of beauty, poise and personality through individual interviews conducted by the Kingsmen Committee.

The current, reigning Dogwood Queen is Allie Jarrott, who is the daughter of Cody and Joanna Jarrott of Woodville.

She was a senior at Woodville High School when she was crowned and is now attending Stephen F. Austin State University in Nacogdoches, pursuing a Bachelor of Science degree.