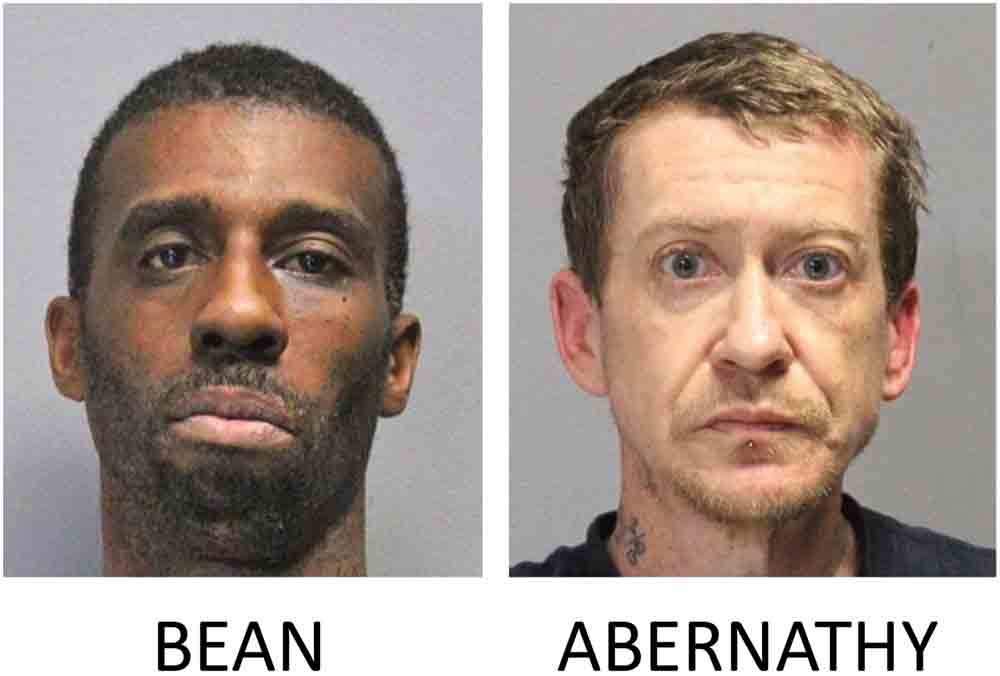 Weatherford said the deputies found and arrested Abernathy, and identified another individual, 42-year-old Brian Demond Bean, of Woodville, inside the residence where they made the arrest. The deputies observed a large amount of a crystal-like substance sitting on a table that field-tested positive for methamphetamines, Weatherford said. There were also other substances present, which were identified as crack cocaine and synthetic marijuana.

Weatherford said that additional marijuana charges will be filed, pending lab results from the Texas Department of Public Safety.

District Judge Delinda Gibbs-Walker set a no-bond on Abernathy, and Pct. 1 Justice of the Peace Trisher Ford set Bean’s bonds at $70,000. Both men remain in custody.