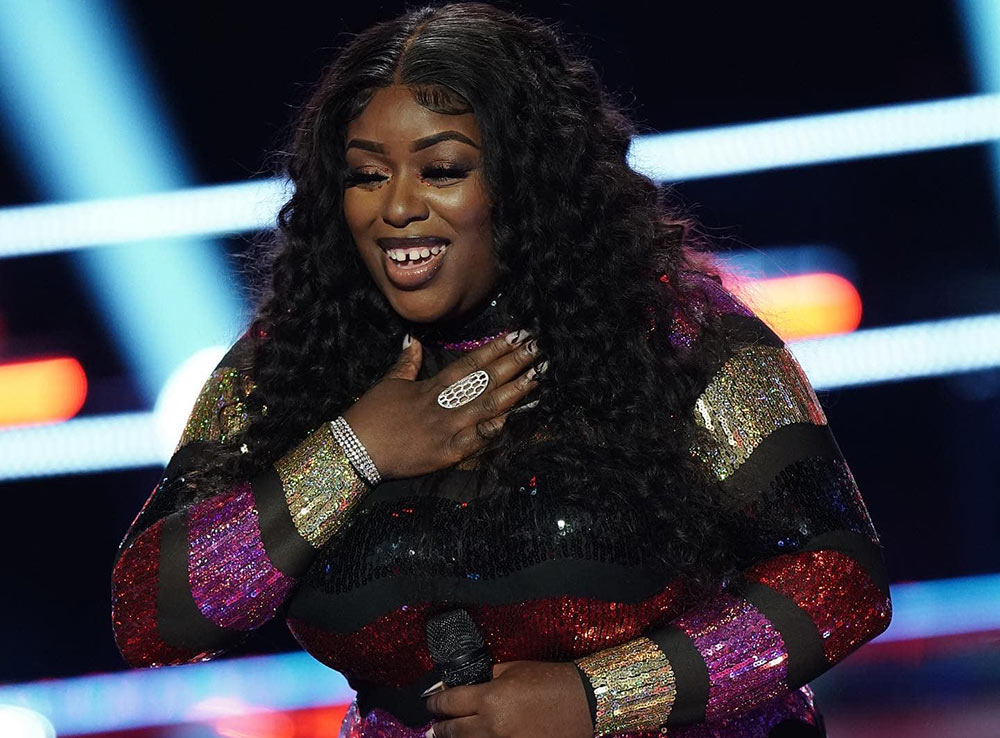 Woodville’s own songbird Kim Cruse performs on NBC’s The Voice on Monday night. PHOTO COURTESY OF NBC THE VOICE

WOODVILLE – In front of a crowded patio full of family and friends at the Magnolia Bar and Grill, Kim Cruse celebrated her next step in her journey toward stardom in her run on NBC’s The Voice.

Cruse was one of a handful of participants on the show to advance past the battle round on Monday night’s episode. Monday’s episode featuring the Woodville native singer/songwriter was night four of the Battle Rounds, for which the show’s four coaches paired the contestants against each other in duets in order to see who would advance to the “Knockout Rounds,” which begin on Oct. 31.

Cruse, who is on “Team Legend,” named for show coach John Legend, whom she chose in his first appearance, was paired with David Andrew. The pair sand “Heartbreak Anniversary,” a song originally recorded by Giveon.

Ultimately, Legend said that while Andrew was “flawless,” he was up against Cruse, whom he said “is one of the best singers we have this season.”

Hometown support was strong at the Magnolia watch party, with Cruse up front and center, and her parents, Rev. Bobby and Ramona Cruse, helping cheer her on. The crowd cheered and yelled for her as the judges wowed over her performance on the screen, while Cruse, in real time in Woodville, sat and watched herself on the screen; smiling her mega-watt smile.

Support in Woodville for its own star is high. Cruse will be feted on Sunday with a parade at the city park at 2 p.m.

Since her debut on the show, two weeks ago, when she wowed the judges with all four of them turning their chairs and vying for her attention, Cruse has been a breakout star of the show. Some critics have compared her vocal stylings to legends like Etta James.

To the patio full of well-wishers, all happy to help her celebrate, she is still that sweet hometown girl.