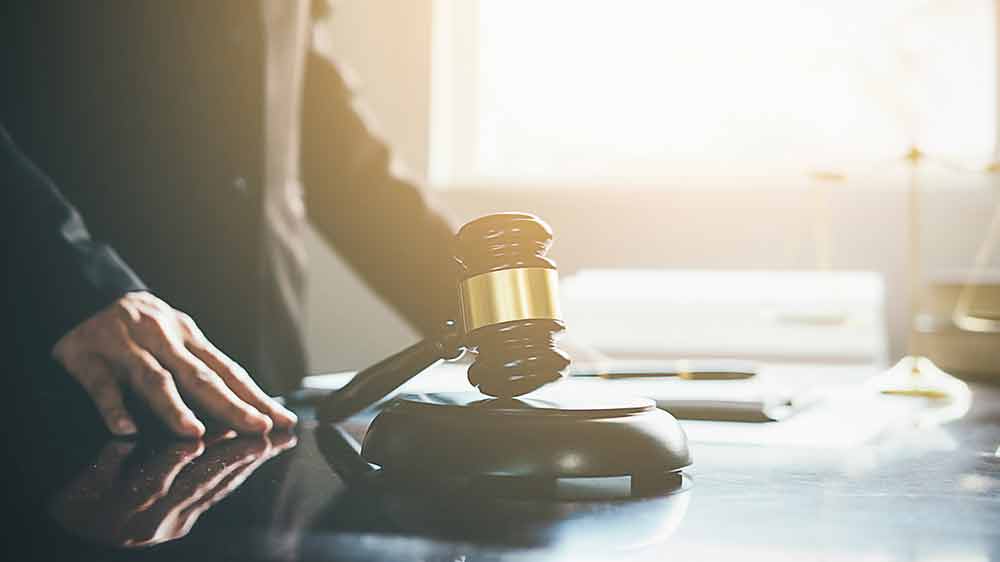 PORT ARTHUR – The trial of a Warren man, with a history of numerous sex crime convictions, began on Monday, for a 1988 murder.

Sixty-three-year-old Daniel Andrew MacGinnis, who was arrested in August of 2019 for the murder of Patricia Ann Jacobs, is being tried for first-degree murder in the Jefferson County Criminal District Court, with Judge John Stevens presiding. If convicted, MacGinnis faces up to life in prison.

At the time of his arrest, Jacobs’s murder had been cold for 30 years. He has been held in the Jefferson County Correctional Facility on no bond since his arrest.

In 2019, the Texas Rangers and the Port Arthur Police Department discovered items of evidence that were subjected to DNA testing that was not available when the crime

Jacobs, a 36-year-old Hardin County woman, was found dead in the Neches River beneath the Rainbow Bridge in Port Arthur on Oct. 6, 1988, according to Jefferson County District Attorney Bob Wortham.

The discovery of Jacobs’s body came a day after she was reported as missing. She had not returned home from a meeting at the Silver Spur Tavern in Hardin County, where she was employed.

An autopsy revealed that Jacobs died as a result of drowning and had sustained trauma to her head and face. The manner of death, according to Wortham’s statement, was listed as “probable homicide.”

According to a story published in the Silsbee Bee at the time of the murder, Jacobs was a native of Winnfield, La., and had lived in Silsbee for 18 years at the time of her death.

MacGinnis was a suspect in the initial investigation, which was conducted at that time by the Texas Rangers, the Hardin County Sheriff’s Office and Port Arthur PD, however the investigation revealed no previous contact between Jacobs and MacGinnis, according to Wortham. Numerous witnesses identified MacGinnis as a suspect, and he was interviewed in California by Texas Rangers. During the interview, he denied any knowledge or involvement in the crime. “The investigation languished for lack of evidence,” Wortham said.

The recent DNA testing came by way of the Texas DPS Crime Lab, which developed a DNA profile from the recently discovered evidence that matched MacGinnis, who is a registered sex offender.

MacGinnis is listed on the DPS’s Texas Public Sex Offender Registry for three convictions dating back to 1984, and as recent as 2004. They range from aggravated kidnapping to rape by force, and the crimes occurred in Texas and California.

Following MacGinnis’s arrest on Jacobs’s murder, DPS announced that investigators were looking into other cold cases with which he might be connected. One of them was the 2004 death of Nelda Widener, in Jasper County, which was ruled a suicide at the time.

According to reports, one of Widener’s friends contacted authorities to alert them that the two had possibly been dating at the time of her death. No charges have been filed, at present, connecting MacGinnis with Widener’s death.

A month after his August 2019 arrest, MacGinnis was handed down a life sentence in Tyler County’s District Court on unrelated drugs and weapons charges, which stemmed from a 2017 arrest.