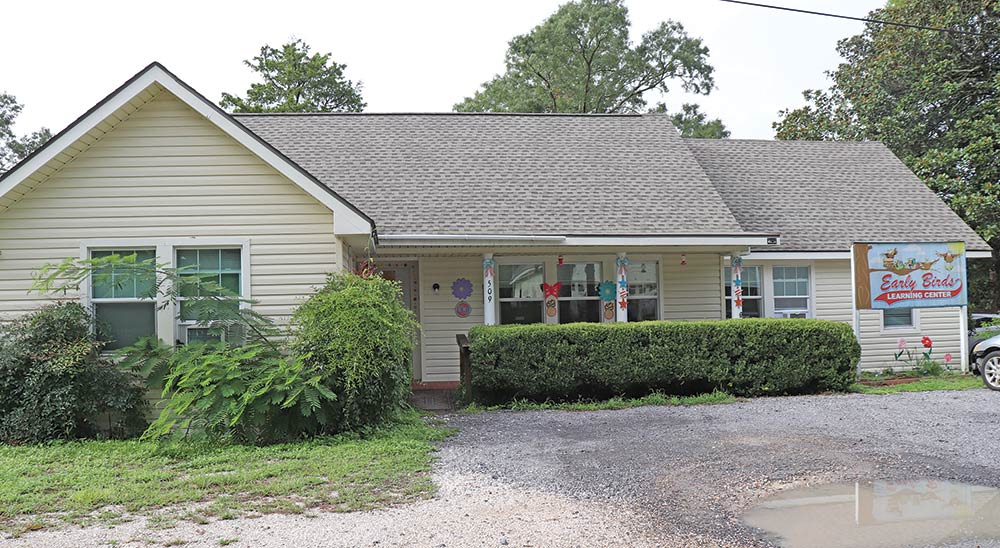 Early Birds Learning Center in Woodville is the subject of two active investigations, one conducted by the state agency in charge of licensing such facilities and one by the Woodville Police Department. Photo by Chris Edwards

While Woodville police are handling the criminal investigation aspect, the state agency responsible for licensing will determine whether or not the facility stays open or if fines are levied, according to Woodville Police Captain Jathan Borel.

There is, according to Borel, more than one allegation of abuse reported. He added that this is the first time he was aware of Early Birds being under investigation.

Kelly Bass, the director of the facility, has denied the allegations aimed at the facility and its employees, and alleged that a former employee has made the claims.

Borel, who is assisting on the investigation outlined where his agency is at with the case.

“Right now the Woodville Police Department is in the process of gathering statements, interviewing witnesses and collecting evidence,” he said.

Once the investigation concludes, Borel said that if there is enough evidence to bring to District Attorney Lucas Babin, it will be up to him to decide whether or not to bring it before the Grand Jury.

“Right now we are in the process of investigating the evidence and the testimony to corroborate it,” Borel said.
According to records on the facility from the state department of Health and Human Services, Early Birds is licensed to serve infants up through school-age children.

Early Birds was cited by DHHS in February of 2019 for lack of supervision for infants’ basic requirements. The citation was listed as a “high” risk level by the agency but corrected in March of that year.

Seven other violations were listed, dating from 2018 to 2021, but at lower levels of severity, and pertaining, mostly, to the building’s upkeep and various disaster drills.

One aspect of the investigation that Borel wanted to remind the public about is the pervasive nature of social media posts relating to it.

Several posts on various Woodville and Tyler County-related pages on Facebook have been made about the facility and its director within the past week, and a video emerged, allegedly depicting abuse within the facility, which was removed from a page and given to law enforcement.

“One thing the public needs to be aware of is that social media, in my opinion, is not a reliable source of information,” Borel said.

One site with a prevalent local following that put the story out was Concerned Citizens of Tyler County. Sal Baldovinos, who is an administrator on the site, said that parents of children had come to him asking if he was aware of the situation at Early Birds.

Baldovinos said he published what information he had that was public record and had received messages in response compelling him to “lawyer up.” Baldovinos explained that what CCTC does with the news stories it publishes and shares is in no way libelous.

He added that a video allegedly depicting abuse was shared to the site, but taken down, after a parent of one of the children seen in the video requested it to be removed.

Another rumor that has emanated from social media is that the facility is being shut down, however, at this time, no charges have been filed and it is still open. Also, postings have spawned that its owner, Jillian Bass, has been removed, but has not been.