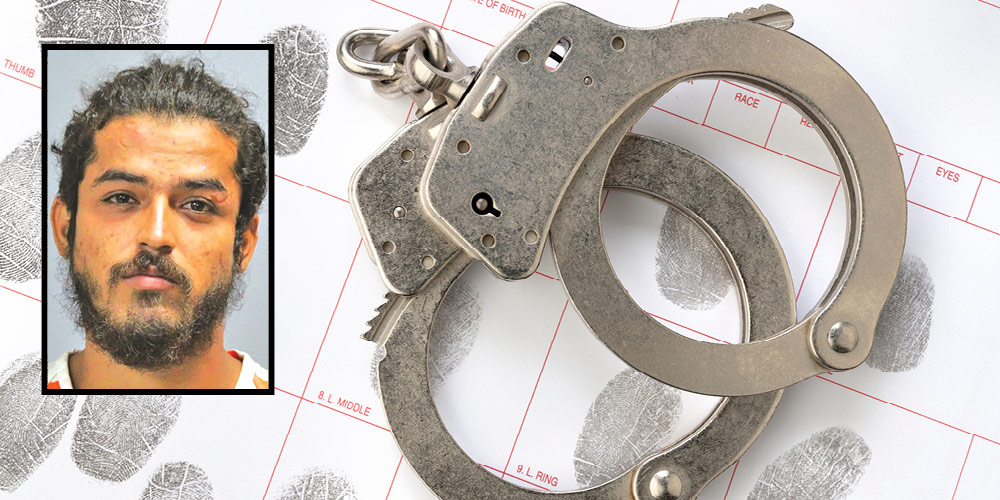 WARREN – Deputies with the Tyler County Sheriff’s Office arrested a man on a long list of charges following an attempt to escape capture.

Tyler County Sheriff Bryan Weatherford reported that last Friday morning, at approximately 9:30 a.m., a suspicious male suspect was seen walking behind the Exxon Exxpress Mart in Warren. When the deputies who responded to the call were able to make contactwith the subject, they identified him as Mauricio Trevino, a 26-year-old man from Alamo, in Hidalgo County.

Weatherford said the deputies knew the suspect from previous encounters, and also knew him to have outstanding warrants for his arrest.

When the deputies attempted to detain Trevino with handcuffs, he jerked away from them and began to run into the woods near county road 4470.

When the deputies began to pursue him, he tripped and fell to the ground, 300 yards into the wooded area.

“As Trevino began to get up, deputies deployed a Taser round that was successful in striking Trevino,” Weatherford said.

Trevino, according to Weatherford, was placed under arrest without any further incident, and transported to the Tyler County Jail.

He is being charged with four counts of evading arrest; three counts of theft (for an amount greater than or equal to $100 but less than $750); burglary of a vehicle; unauthorized use of a motor vehicle and possession of a controlled substance (penalty group 2-A, <= 2 oz).