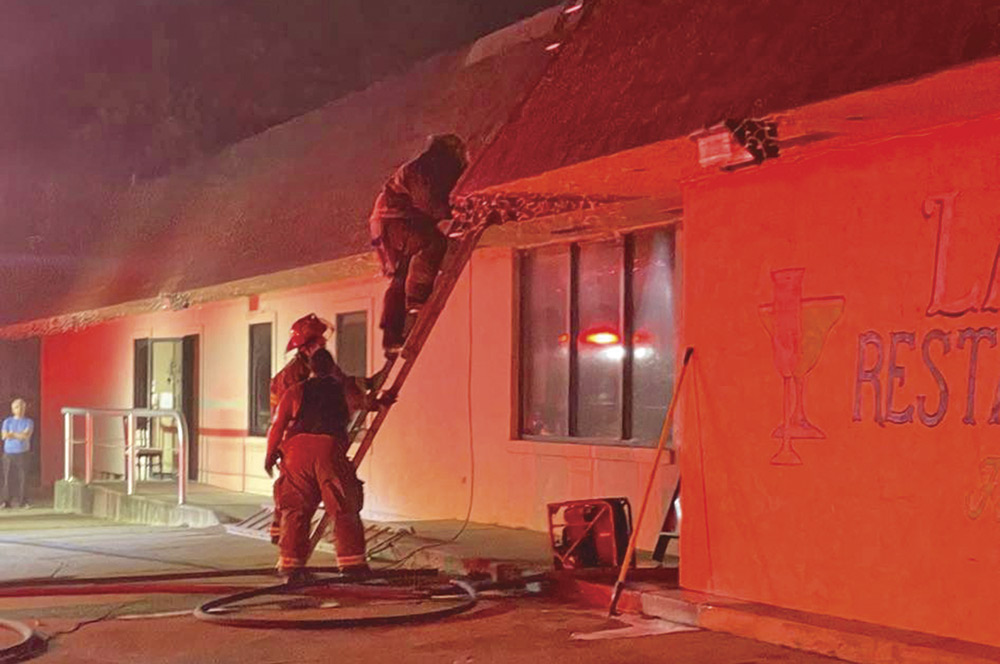 WOODVILLE – Firefighters responded to a fire at the popular Woodville Tex-Mex eatery La Enchilada last Friday night.
According to Woodville Volunteer Fire Department Chief Alan Gartner, the call came in from a woman who was working out at the Anytime Fitness gym, located in a shopping center near the restaurant.

Gartner said the fire started in the kitchen and spread to the roof from the Vent-a-Hood ventilation canopy. Firefighters began working on the fire at 11:43 p.m.

Along with responders from Woodville VFD, firefighters from Colmesneil and Shady Grove VFDs also assisted on the scene. The fire was contained to the kitchen area of the restaurant, and the firefighters were able to stop it there.

By 1:40 a.m., Woodville’s units were back in service from the scene. Gartner said that the assisting personnel from Colmesneil and Shady Grove were released earlier, but the Woodville firefighters stayed on site to make sure everything was extinguished.

Gartner said he also wanted to thank officers with the Woodville Police Department for their assistance, as well.

He said it would likely be a month or a month and a half, at most, depending on the contractors, as to how long before La Enchilada would reopen. According to the owners, the Vent-a-Hood has to be replaced as well as the wiring.