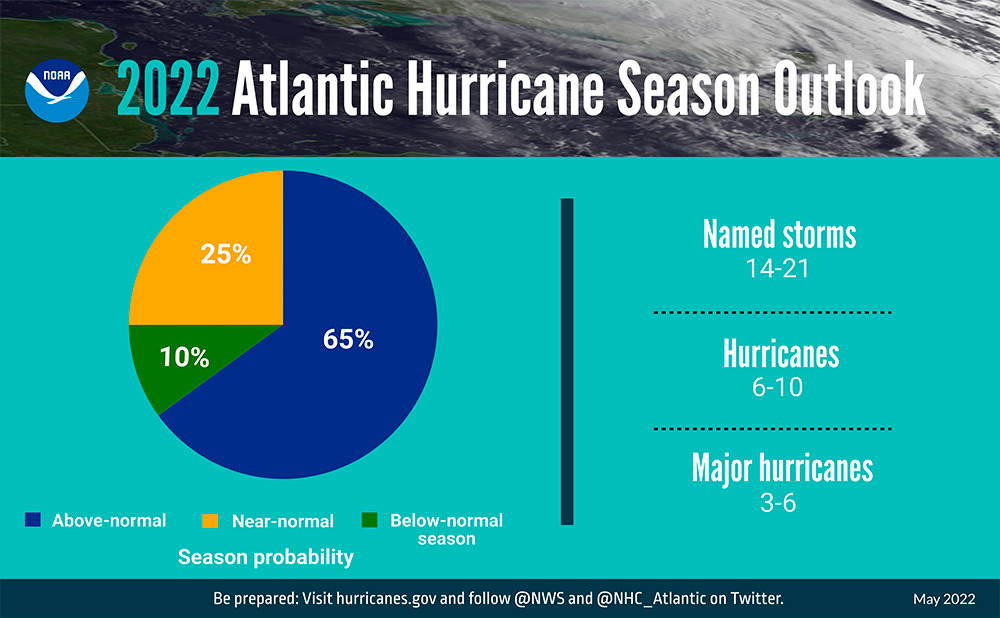 From the beginning of this month we are in until Nov. 30, hurricane season is among us.

Experts are predicting a “more active than usual” season in 2022, with a higher probability that major storms will make landfall in Texas and in other areas along the east coast, according to the National Oceanic and Atmospheric Administration (NOAA).

State officials and emergency management personnel are already warning residents to be prepared.

Texas Land Commissioner George P. Bush said it is more important than ever for Texans to protect their homes and safeguard their livelihoods against natural disasters.

“Every Texan can follow the five steps of preparedness,” said Bush. “Know your risk, plan your supplies, secure documents, plan your evacuation route and protect your property. Do your part to keep yourself, your family, pets and property protected.”

NOAA has predicted that up to six of the 21 named storms could be major events, which could range anywhere from Category 3 to 5 hurricanes, in which windspeeds reach up to 111 mph or greater.

While Texas was spared the effects of any catastrophic storms in 2021, officials and experts are warning residents to be prepared.

The first storm of this season, Tropical Storm Alex, formed in the Atlantic, and as of press time, a tropical storm warning is in effect for Bermuda. That storm, according to officials, poses no threat to the East Texas region.

“Essentially everything is pointing toward an active Atlantic season,” said John Nielsen-Gammon, Texas state climatologist and director of the Texas Center for Climate Studies at Texas A&M University. “It doesn’t guarantee one but it makes it quite a bit more likely.”