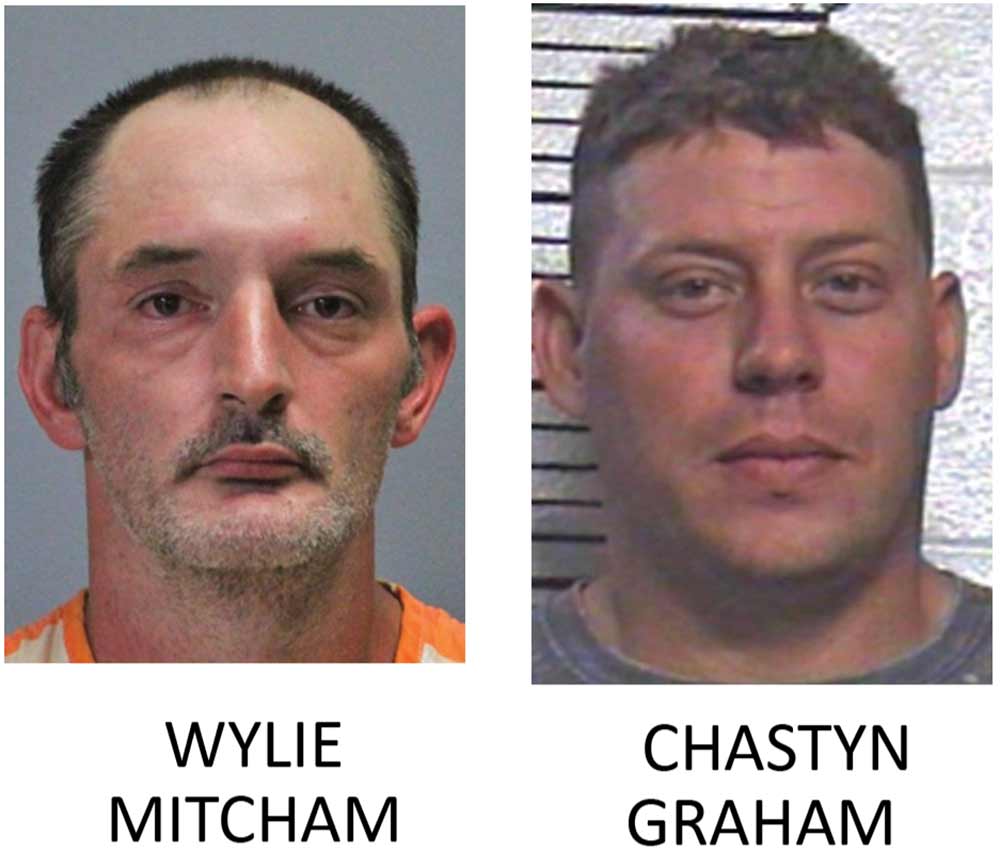 COLMESNEIL – According to Tyler County Sheriff Bryan Weatherford, a wanted fugitive was seen near Colmesneil, and although he evaded capture, an arrest was made of another wanted man.

Weatherford said that a citizen made patrolling deputies aware of a sighting of Chastyn Malone Graham, a 43-year-old Colmesneil man, wanted on numerous charges out of Tyler and Jasper counties. Graham, according to the report, was driving a forklift down County Road 3251.

The incident occurred last Friday, May 20, Weatherford said. Although deputies were unable to locate Graham in the area of the reported sighting, they did observe a maroon Ford truck following a green forklift on CR 3325, and instigated a stop of the vehicle.

The pickup driver, whom they identified as Wylie Mitcham, a 35-year-old Colmesneil man, was arrested, but Graham, who continued travelling in the forklift down the county road, crashed into the wooded area and fled on foot.

Mitcham was taken into custody on a burglary of a habitation warrant, which was issued by District Judge Delinda Gibbs-Walker, who set a no bond on him.

Graham, who has been wanted on a felony theft warrant, and other charges, since last year, is known to stay in the Colmesneil area, as well as in Hardin County. Following Friday’s incident, Graham will face additional charges, Weatherford said.

“The Tyler County Sheriff’s Office wants to remind anyone that harbors, conceals, or aids in providing Graham with any means of avoiding arrest will be charged with felony hindering apprehension/prosecution,” Weatherford said.

Graham is described as a white male, standing 6’ in height and weighing between 180-200 lbs., with brown hair. He is believed to be driving a 2004 white Chevrolet Tahoe.

Weatherford said that anyone who encounters Graham should not attempt to apprehend him, but anyone with information regarding his whereabouts should contact TCSO at 409-283-2172 or Crime Stoppers.

In order to submit a tip to Crime Stoppers regarding the location of Graham, or in regard to another wanted felon in the county, tipsters can visit the website 639TIPS.com, or they can call the Crime Stoppers hotline at 936-639-TIPS.

All tips and calls made directly to Crime Stoppers are anonymous, and any tip that leads to an arrest might be eligible for a reward.