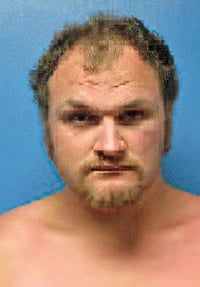 John OverstreetHARDIN COUNTY – According to Hardin County Sheriff Mark Davis, a Warren man is in custody and charged with murder following a Sunday evening incident.

Davis said that at 7:09 p.m., deputies with the Hardin County Sheriff’s Office responded to a shooting incident that occurred on the banks of the Neches River, north of Silsbee, at the Hardin County Park. When deputies arrived, they discovered the body of Randy Reed, a 39-year-old Silsbee man. Another shooting victim was air-lifted to a hospital and listed in critical condition at press time. He was identified as 44-year-old Adam Hall, a Silsbee man.

The shooter, John Richard Overstreet, a 24-year-old Warren man, is charged with murder and aggravated assault. His bonds were set at $500,000 and $250,000, respectively, Davis said.

A handgun that was believed to be the murder weapon was recovered at the scene by authorities. Davis said that no motive is known at this time, but witnesses reported a disturbance taking place prior to the shooting.