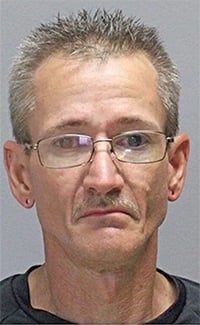 FullerBy Chris Edwards
This email address is being protected from spambots. You need JavaScript enabled to view it.

According to Tyler County Sheriff Bryan Weatherford, deputies who were patrolling in the Warren area last Thursday, and arrested James Gregory Fuller, a 51-year-old man residing in Warren. The deputies appeared at Fuller’s residence to serve a felony warrant for his arrest.

Once Fuller was taken into custody and transported to the Tyler County Justice Center, he was charged with Felony Gross Sexual Imposition out of state from Ohio. The charge came by way of a secret indictment, according to Weatherford.

Pct. 3 Justice of the Peace Milton Powers told Fuller that a district judge in Stark County, Ohio had set a no bond on him.

As of Monday, Fuller was still in custody, in Tyler County, awaiting extradition to Ohio. According to the Ohio Penal Code, the charge Fuller was handed alleges that he sexually assaulted someone by using threat or force, or the victim could not provide consent due to intoxication; or that the victim was 13 years old or younger.

A public records search revealed that Fuller is on the North Carolina state sex offender registry for a 2016 crime of indecency with a minor.