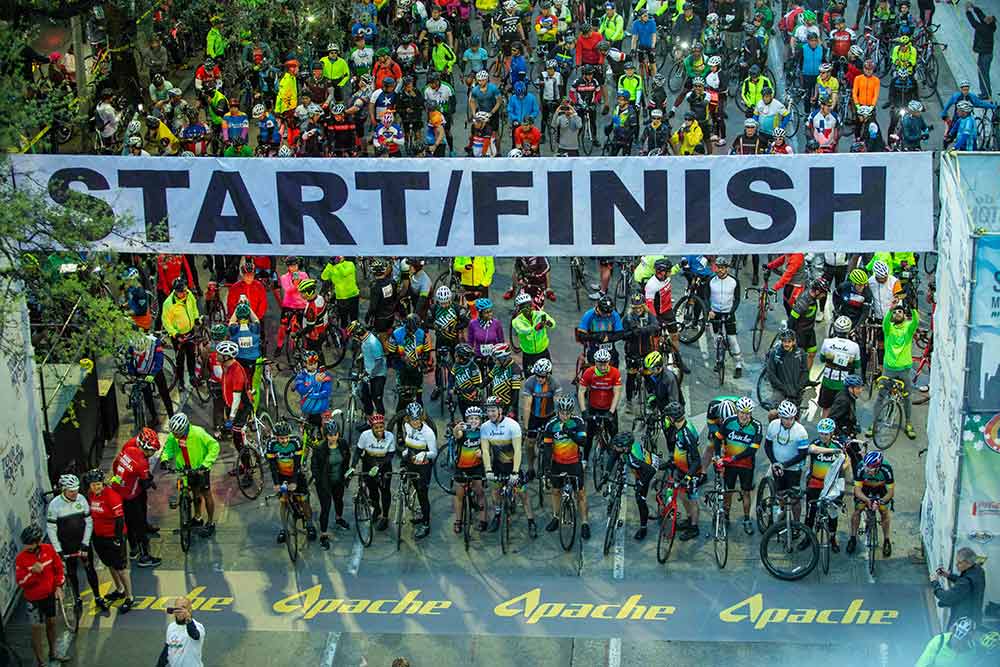 HOUSTON – Today Mayor Sylvester Turner and the Apache Corporation announced the return of Tour de Houston Presented by Apache Corporation, Sunday, April 3rd. The ride will begin downtown at City Hall, travel west along Allen Parkway, with scenic views of Buffalo Bayou, the new tunnels on Memorial Drive, and northwest through Spring Branch, Cypress, and back to City Hall. Turner and Team Apache will lead the 2022 cyclists.

“The annual bike ride is a Houston tradition. Thanks to continued support from the Apache Corporation we are able to bring it back after a two year break, due to the pandemic,” said Mayor Turner. “Riders will enjoy the city’s premier biking event, traveling through some of the city’s great neighborhoods while supporting the growth and sustainability of our greenspaces.”

Cyclists of all skill levels will gather at City Hall on Sunday, April 3rd as the event returns for its 15th year to benefit the Re-Plant Houston Program managed by the Houston Parks and Recreation Department. The date of the event has moved to April from March as not to compete with spring break travel and Rodeo Houston events. Riders will follow an all-new route this year cruising through four of our Houston City Council Districts A, C, G, and I. Rider rest stops for the 20, 40 and 60-mile routes are Landrum Middle School, Lee Elementary School and Thornton Middle School.

“Apache is thrilled to partner with the City of Houston to support the return of a cherished annual tradition,” said Apache CEO and president, John J. Christmann IV. “The Tour de Houston bike ride showcases the best our city has to offer, with all proceeds from the Tour benefitting the Houston Parks and Recreation Department, directly supporting tree plantings and the enhancement of greenery throughout our community. We look forward to seeing our fellow Houstonians and Apache team members participating in this much-anticipated event.”

With three distance options, the Tour de Houston Presented by Apache Corporation is the perfect outdoor event for all cyclists, from the leisure rider to cycling competitors. The distance options include the 60-mile route starting at 7:30 a.m., a 40-mile route at 8 a.m. and a 20-mile route at 8:15 a.m. (approximate miles). The event is expected to draw more than 5,000 participants.  Along the route, riders will find fully-stocked rest stops, bike repair support, along with police and medical support. The ride will end with a celebration at City Hall for participants.

More details, including packet pick-up and schedules for pre-registered riders, can be found at www.tourdehouston.org.

Apache Corporation is an oil and gas exploration and production company with operations in the United States, Egypt and the United Kingdom. Apache is a wholly-owned subsidiary of APA Corporation. APA posts announcements, operational updates, investor information and press releases on its website, www.apacorp.com. To learn more about the Apache tree grant program, please visit www.apachelovestrees.com.