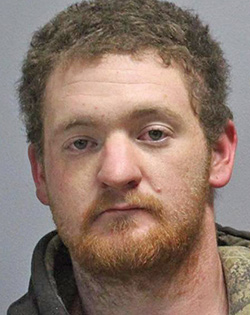 Stephen GordonBy Chris Edwards
This email address is being protected from spambots. You need JavaScript enabled to view it.

DAM B – A traffic stop in the Dam B area resulted in an arrest and several charges for a Spurger man.

According to Tyler County Sheriff Bryan Weatherford, TCSO deputies were out patrolling the area on the morning of Thursday, Feb. 24, and attempted to stop a green Dodge pickup truck for a traffic violation on FM 92.

Weatherford said that although the deputies activated the emergency lights and sirens in the patrol vehicle, the truck slowed but continued to travel south at a speed of 45 MPH. The driver continued for three more miles, eventually stopping near Harris Grocery in Town Bluff.

When deputies approached the truck, the recognized the driver as Stephen Allen Gordon, a 24-year-old Spurger man. Gordon initially refused to obey the deputies’ request to exit his vehicle, Weatherford said, but ultimately complied.

The deputies discovered a small, clear plastic baggie containing a white, crystalline substance, which field-tested positive for methamphetamine, as well as a loaded .380 caliber pistol near the driver seat.

Gordon was taken into custody on the drug possession and unlawful possession of weapon charge and was also cited for evading arrest and no driver license.

He was booked into the Tyler County Justice Center, and later released on bonds set at $7,500. Weatherford said that he could face additional charges related to some items discovered inside his vehicle, items which had recently been stolen in the Dam B area.

“Investigators will be working closely with Southside Metals in obtaining information for additional warrants/charges on Gordon and other individuals involved in the crimes,” Weatherford said.