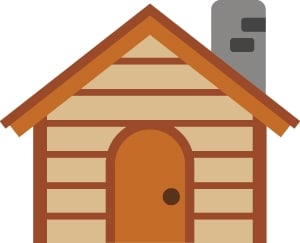 DAM B – The Texas Department of Criminal Justice has withdrawn the application for a halfway house that was due to open in Dam B.

According to State Rep. James White (R-Hillister), there are a number of reasons for TDCJ to approve or not approve applications for such facilities. White said one of the issues is community support and feedback, which likely factors into the decision involving the facility, which was going to operate under the name RJMFSC, or Restorative Justice Ministry Family Services Center.

The facility was a point of questions and concerns within the community, with members of the Dam B Community Watch organization citing a lack of transparency from its representatives.

The facility was to be located on a property that was once a motel and restaurant, near the intersection of US 190 and FM 92.

White said that the applicants will be invited to resubmit their application for the facility, likely after some community outreach.

In an interview with the Booster, RJMFSC chairman Rev. James Edwards emphasized that the facility and its “No Lost Cause” program to reintegrate parolees into society was in its infancy. Edwards also addressed several of the concerns posed by the DBCW, some of which were posted to the group’s Facebook page.

Edwards said he will be glad to come before the DBCW and answer any and all questions once all of the information and paperwork for RJMFSC is in order.

White said he has urged Edwards to reach out to the local constable, sheriff, district attorney and county judge to communicate the goals and needs of the facility and the program. “If that would’ve been done, some things would have turned out differently,” White said.

The executive director for the statewide Restorative Justice Ministries Network, Ron Goodwin, also said as much.

Goodwin said he and RJMN serve in an advisory capacity for localized organizations and facilities, such as the non-profit trying to open the RJMFSC in Dam B. He said he had advised the facility’s principals to put together a town-hall style meeting as soon as “all the ducks are in a row” concerning licensing and legalities.

When speaking to the Booster on the topic, Goodwin said he has emphasized community involvement from day one regarding the facility. “You want to make sure that the public’s safety is assured,” he said.

A statement from DBCW to its Facebook page stated that at present, with the information currently available to them, the group is not in support of the facility being located in the Dam B community.

White said that since the application was withdrawn, it could probably be a few months before the applicants could re-file on the facility.

Above all, White said that statewide the recidivism rate is one of the lowest among the nation’s “big states,” due to a better focus on rehabilitation when inmates are incarcerated. Halfway houses and other programs are set up to “make sure that transition back into society is deliberate and thoughtful and done to the best quality possible,” he said.