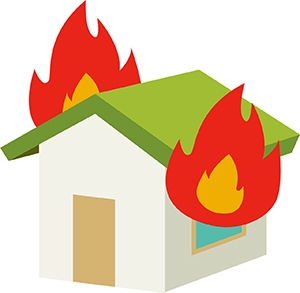 HARDIN COUNTY – A housefire last week in Hardin County claimed the lives of a couple with Tyler County ties.

The blaze occurred early on the morning of Tuesday, Nov. 30, at a home located on FM 2937, also known as the Old Spurger Highway, located south of Fred and the county boundary line. According to reports from Hardin County Sheriff Mark Davis, firefighters responded to a call at about 3:40 a.m. that morning, and when they arrived on the scene, the house was engulfed in flames.

The residents of the house, later identified as Billy Wayne Rose, Jr., age 59, and 62-year-old Carolyn Rose, were pronounced deceased on the scene by Hardin County Pct. 1 JP Chris Ingram. The couple’s dog was also killed in the fire.

As of Tuesday, the cause of the fire remains undetermined and according to Silsbee Fire Chief Robin Jones, the state fire marshal’s office is investigating the incident.

It is standard procedure for the state office to investigate a fire which results in loss of life.

Rose was the son of longtime Woodville businessman and community leader Billy Rose, Sr. In a report on the fatal fire from a broadcast media partner, neighbors recalled Billy Rose Jr. as a selfless man who cared deeply about many people and devoted his time to volunteering in such pursuits as coaching Little League.

Jones called the fire “a real tragedy,” and added that his department does not see many fatal fires. He also said that the home did not have smoke detectors.

Jones said that the dozen volunteer firefighters who arrived on the scene did all that they could to extinguish the blaze, which destroyed the house, but the flames were already too intense by the time they’d arrived. A second house on the property also caught fire, but it was vacant, according to Jones.

Although this incident remains under investigation as to its cause, Jones said that the winter months carry additional risks for fire, with homeowners utilizing heating systems for the first time since the previous winter.

A Go Fund Me page was created to help with funeral expenses for the couple. The URL for that page is: https://www.gofundme.com/f/funeral-expenses-for-billy-wayne-and-carolyn-rose