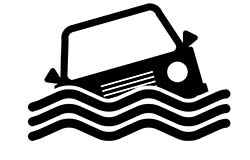 Last week the Angelina County Sheriff’s Office announced that they recovered the bodies of a man and his dog from Lake Sam Rayburn.

The announcement came from ACSO last Tuesday. The discovery was made on Sunday, Nov. 21, according to a news release from the agency. A vehicle was spotted by witnesses submerged in the water at the Marions Ferry boat ramp, which is located off of FM 1669 North, which is near the top of the lake.

When deputies with ACSO arrived on the scene, they spoke to witnesses, who stated that they were searching for a hunting area and saw what appeared to be a vehicle submerged in the water, approximately 100 feet from the boat ramp.

When the vehicle was removed from the water, the deputies found a deceased man inside along with a dog. The man was occupied as Thomas Neil Jacobs, a 74-year-old Lufkin man.

There is no foul play suspected, according to ACSO, and the case is still under investigation pending an autopsy.