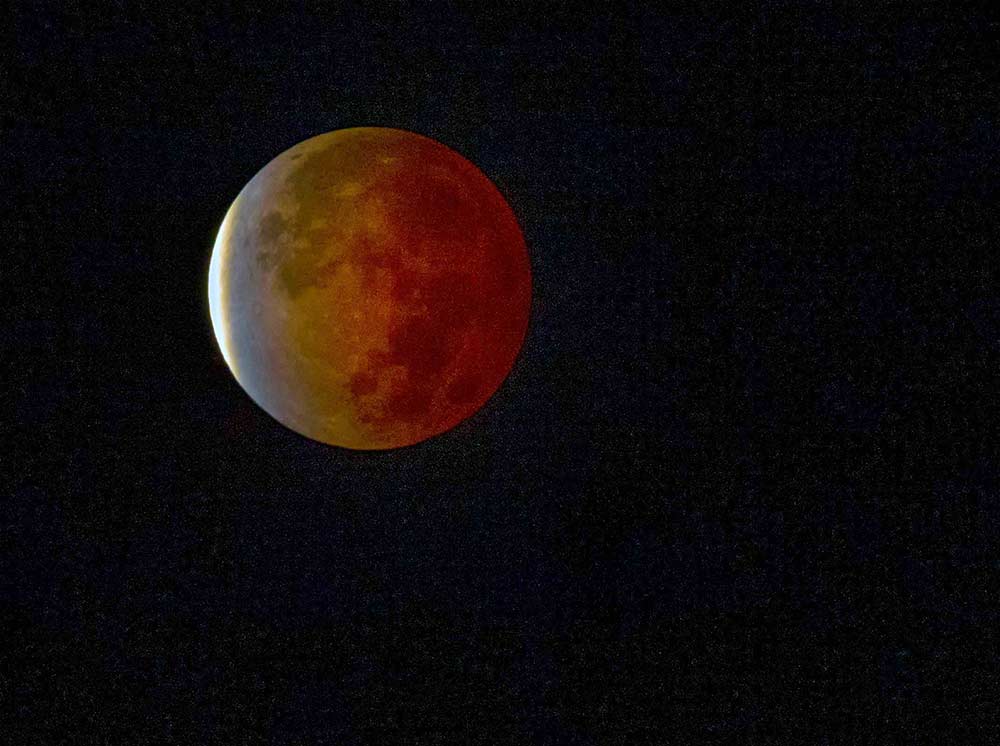 Folks over most of North America (who were up very early in the morning in our area) got a rare chance to see a near total eclipse of the moon Friday, October 19. Maximum eclipse occured in Woodville, Tx, where this photo was taken, occured at approximately 3:30 a.m. Booster photographer Jim Powers spent a chilly hour or so tracking the moon across the sky and making a total of 370 photos to catch the moment the eclipse occurred. (Jim Powers/TCB Photo)